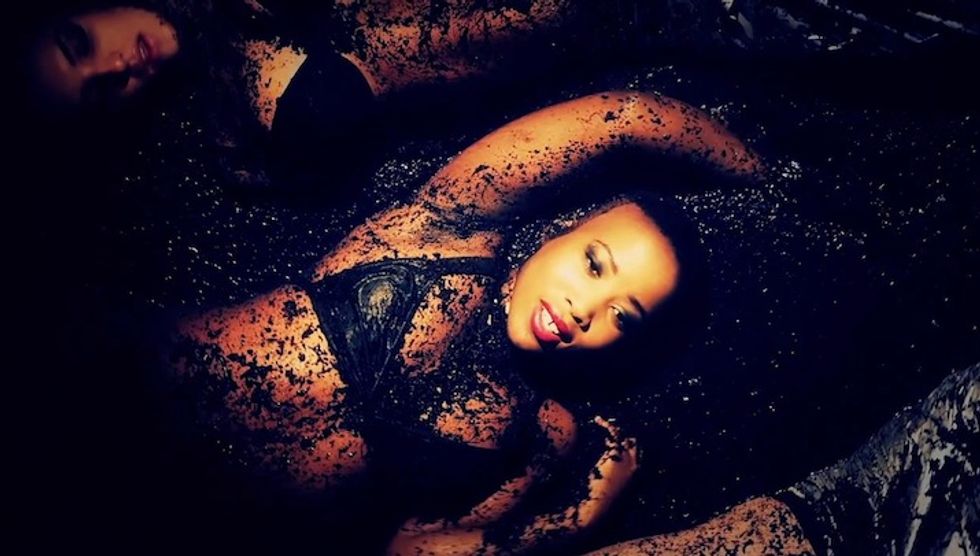 South African singer/songwriter Nomisupasta released the visuals for her track "Maybe I" off her soon to be released self-titled album.

South African neo-soul songstress Nomsa Mazwai aka Nomisupasta comes out with visuals for her jazz-influenced, pro-love song “Maybe I.” Featured on her 2010 self-titled EP, the track asks why people must play coy when it comes to matters of the heart instead of allowing themselves to fall hard for someone, sans the silly games and cryptic strategies. The Frank Jerky-directed video is a part of the South African Music Award winner's preparations for the release of her first full length album Nomisupasta, a project that builds upon her 2010 offering of the same name with some new material, including a collaboration with fellow South African and house DJ/producer Black Coffee. Filmed in New York, the "Maybe I" video is a visual menagerie, shots cutting between a variety of dark scenes as Nomisupasta sings about her "non-traditional," direct philosophy on love. One second bare-chested men kneel before the singer as she sits upon a thrown, the next instance, neon paint-clad bodies dance in the dark to the 37 Mph-produced beat. Watch Nomisupata's "Maybe I" video below and look out for her album out August 20, available for pre-order now.