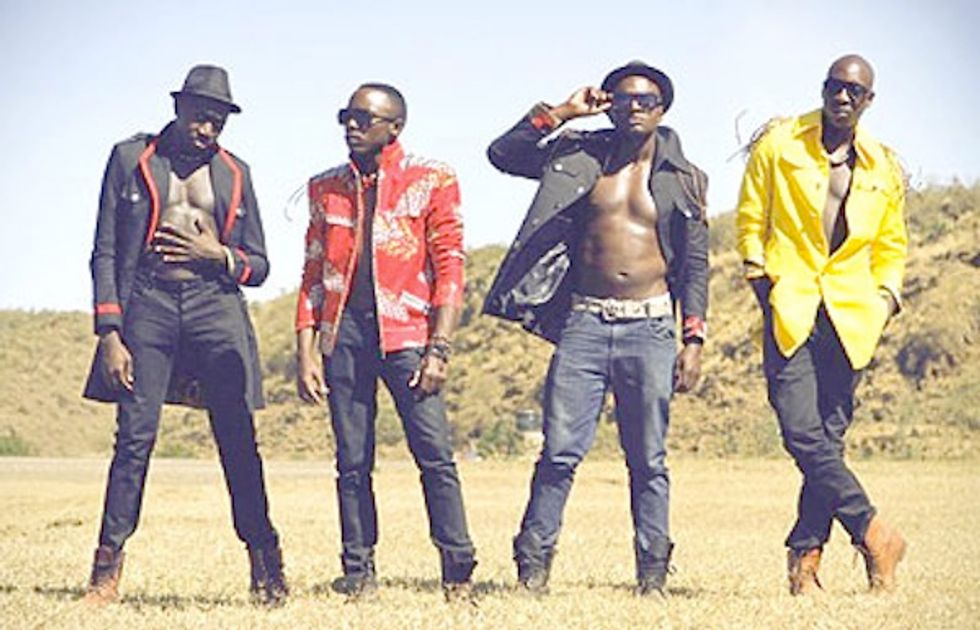 Interview with the founders of Penya Africa, a non-profit East African record label that focuses on music as a tool for social justice.

Founded in 2008 as a non-profit music label, Penya Africa develops innovative East African music artists such as Sauti Sol and Muthoni the Drummer Queen. Okayafrica had the opportunity to speak with founder Nynke Nauta, executive director Natalie Lukkenaer, and labeling manager Anyiko Owoko to learn the history and vision of the East African music label.

What is the history of Penya Africa and how did you get involved with the label?

Nynke Nauta: There was this artist called Stan and we were working on an album with him. Stan worked with a Kenyan producer, Robert Wawesh, whose dream was to start a music label and a studio. After the Stan project, Wawesh and I decided to do everything together and renamed the organization. That's how Penya Africa came about. Stan came up with the name. It’s a sheng word and means "to penetrate" or "to hustle." The idea behind it was for our music, our sound, and our artists, to do so. There really wasn't anything like Penya Africa in Kenya.

Anyiko Owoko:  I learned about Penya Africa in 2007.  Sauti Sol was just starting as a band and I was friends with one of the band mates. When they had their first concert, Nynke was in attendance and she introduced them to Penya Africa. They started performing more concerts and I would volunteer to help. That's when I gained interest in Penya. It was always more than music at Penya. I like working with people who take the initiative to go past the music and do something else. I came to work in May as a label manager for Penya.

Natalie Lukkenaer: I came to Kenya in 2007 and met artists that wanted to make a career in music, but did not know where to start. I wanted to begin a music academy for slum areas. Music is a tool to unite people and Sauti Academy was the place to bring everyone together. I met Nynke and Sauti Sol when they were performing in the Netherlands. We decided to work together and Sauti Academy officially joined Penya as a program. When Nynke left Kenya to pursue Penya’s European division, she asked me to take over as executive director and I accepted that.

Nynke: In the 90s, young people began hip hop with local twists. As much as I can appreciate that this was local music, the music was barren and there wasn't much diversity. By the end of 2000s, a new generation of artists emerged with live music. It was a much more truly original sound. It wasn't just a beat and rapping. We are learning to be original.

Natalie: We like free authentic expression of people. We work with people who are creative and innovative. You can see the variety. We produced Muthoni the Drummer Queen who is very different and innovative. She makes African dance music. We have Dela, who is the songstress and the storyteller. It makes us different. Other labels may focus on more traditional music. We don't really care what it is. As long as it is new and it hasn't been done before. For us, that's the new east African sound.

Anyiko: We are very particular about the quality and the longevity of an artist. We want our music to break boundaries--more than radios, more than Kenya, more than East Africa. We want our artists to get world opportunities. We let them express themselves however they want, but we also want them to reach out to the world.

Natalie: We are really tired of music coming from Africa being called "World Music." And I'm saying this as a European in Kenya. It's really annoying. The World Music category is never taken seriously.  We can't express ourselves in our own free way. We have the right to express ourselves freely in our own way here.

What is Sauti Academy?

Nynke: Natalie’s dream was to start a music academy. In some schools there are good programs for music, but only rich children have access to musical education. Sauti Academy began in 2009. We have auditions three times a year, and we only take about twelve students per term to go through musical theory and vocal trainings.

Natalie: The term “sauti” means voice, so we focus on singers. You don't need money to have a voice. That's why we started the academy in the ghetto. We only sign new artists through the Sauti Academy program. We build a relationship and want people who are committed to this journey of music. At the same time, we work with people that have a feeling of social responsibility. Music can unite, but it can also build the people's confidence and can solve problems. We use music education as a tool for change.

What is your vision for Penya Africa and Sauti Academy in five to ten years?

Nynke: Right now we've been focusing a lot on the academy. Before that we've been focusing on the label. We need to bring those two together. We really want to put out good music and still be that entity in East Africa that is known for good music. We want to be ahead, cutting edge, and avant-garde.

Natalie: We really believe that the people we are working with in Sauti Academy and the label will take over the industry. We are dreaming of a Grammy. We would love for our artists to win a Grammy and not necessarily in the World Music category. We always want to remember our roots. I just hope the music programs and the music we create will continue to spread social change.

Anyiko: That's also my vision. She said everything.