Nubian Skin, The Nude Lingerie Line For Women Of Color, Debuts At Nordstrom 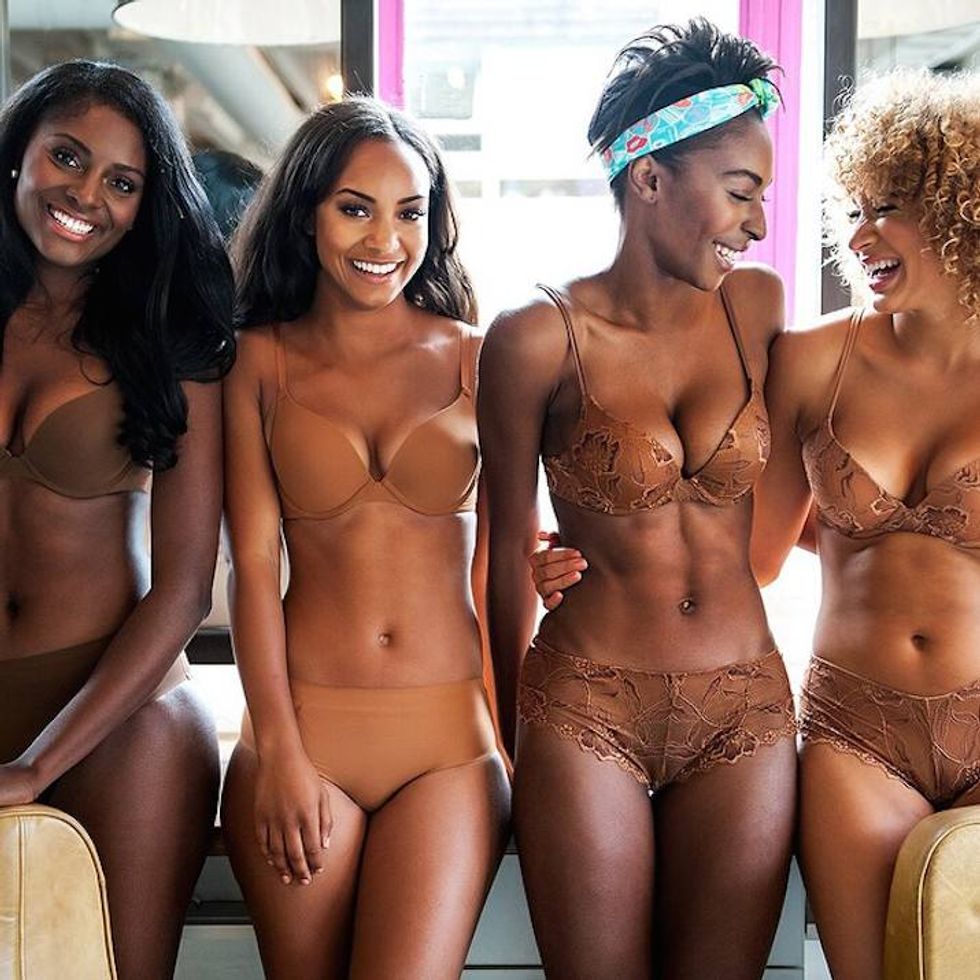 Nubian Skin, the UK-based nude lingerie line for women of color, is officially being stocked by U.S. fashion retailer Nordstrom.

Models In Nubian Skin Lingerie. Image via @nubianskin on Instagram.

Last October, British-born former financier Ade Hassan took on the task of providing women of color with realistic nude lingerie options with the launch of Nubian Skin. Up until recently, the UK-based company sold their products exclusively via their own website. As of this week, the brand is officially being stocked by American fashion retailer Nordstrom. Shoppers can now head to their local department store or online to select from a total of four items, including the Nubian Skin convertible strapless bra, mid rise briefs, underwire t-shirt bra and seamless thong in Berry, Cafe Au Lait, Caramel, and Cinnamon colors. According to Global Grind, the retailer plans to gradually expand their selection. For more on Nubian Skin, read the brand's full about section below.

"A nude bra and skin tone hosiery are the basics of every woman’s wardrobe, at least in theory. For many women of colour, finding suitable skin-tone hosiery and lingerie has not been an option. Frustrated by the lack of skin-tone choices to go with her ever-expanding wardrobe, Nubian Skin founder, Ade Hassan, decided it was time for ‘a different kind of nude’.

Nubian Skin launched with a carefully edited collection of lingerie and hosiery to provide the essential underwear needs of women of colour. Headquartered in London, Nubian Skin delivers worldwide and looks forward to growing the company’s offering and expanding its reach.

So for all you beautiful women, next time you need a nude pair of hold-ups or maybe a nude strapless bra to go under that stunning white halter dress, Nubian Skin is only a few clicks away.