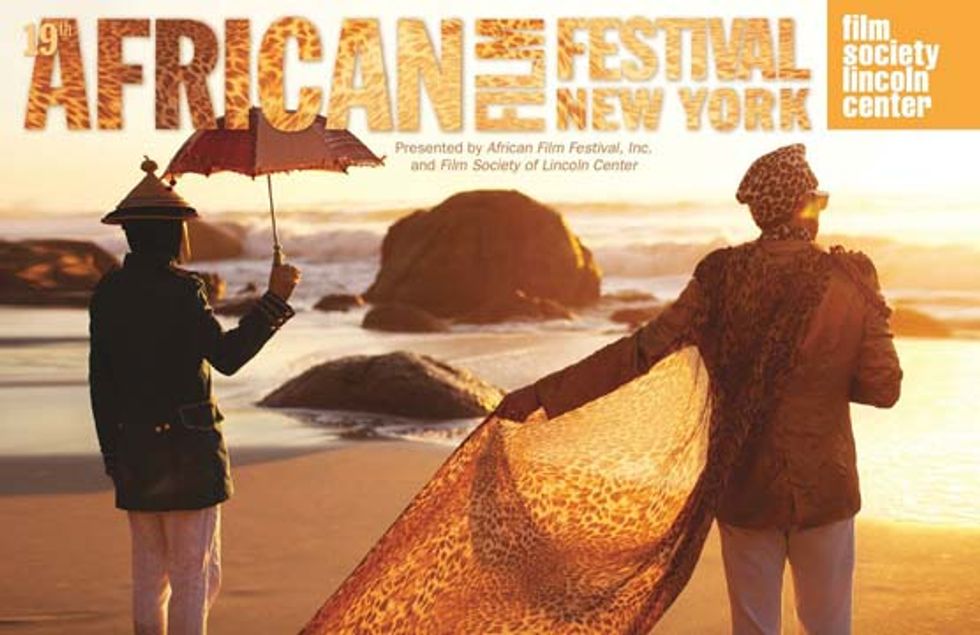 In its 19th edition already, the African Film Festival comes back to NYC to screen at Lincoln Center an interesting series of the most contemporary African films. The show starts tonight with Mama Africa, an unforgettable portrait of Miriam Makeba co-presented by Okayafrica. To see the full festival schedule go here. To purchase tickets for the screenings at Film Society of Lincoln Center’s Walter Reade Theater go here.

Here is our list of movies not-to-miss in the following days!:

An unforgettable portrait of Miriam Makeba (1932-2008), the world-famous South African artist and civil right activist, who devoted her life to promoting peace and justice and fighting racism around the planet. A figurehead of the Black African movement in exile, her music and daily practice incarnated the hopes and fears of Africa through the convulsive 20th century, so that she has come to be considered the voice and mother of the Continent. Buy tickets here.

A century after the mysterious death of pacifist explorer Pietro Savorgnan di Brazzà (1852-1905), Sassou Nguesso, the former president of Congo-Brazzaville, starts the negotiations to transfer his remains from a small cemetery in Algiers to a megalomaniacal mausoleum of white marble in the impoverished Brazzaville, the only capital in Africa that still bears the name of its European founder. Behind the politician’s altruistic intentions lies a fight for power over the country. Brazzà’s descendant Idana Pucci discovers the truth and then struggles with all her might to defend the ideals of her ancestor and to give back to King Makoko of the Batéké, the great African spiritual leader, his lost legitimacy. Buy tickets here.

The new documentary by French-Cameroonian journalist and filmmaker Osvalde Lewat is a high-risk attempt to portray the contradictions that arise in the Sderot film school, two kilometers from the Gaza border in the south of Israel. Created with the scope of bringing peace through the ethical, ideological and artistic use of film language, the institution turns out instead to be a microcosm of the geo-political landscape, and the dangerously freighted daily interaction among Jews, Muslims, Christians, Palestinians, Israelis, left-wing radicals and ultranationalists. Buy tickets here.

This feature film debut by South African filmmaker Charlie Vundla is one of the most compelling thrillers of the year. When cold-blooded Jack goes back to the streets after spending five years in jail for robbery, he is resolved to change, leaving his criminal life behind. Things start to get complicated when he is rejected for a loan, and he soon finds himself involved in a heist with his old mate, now the husband of his ex-fiancé:  a dirty job worth 2 million Rand that will make him confront his true nature… Buy tickets here.

A bold and exacting portrayal of rising xenophobia in South Africa, Omotoso casts the story of a young Nigerian man living in the African refugee tenements of Johannesburg who disappears against the background of animosity against immigrants flaring into violent rioting. In the span of a single night, his brother, on a short visit from London, tries to elucidate the mystery.

In this visually stunning film, a former peace-keeping soldier in Sierra Leone battles the scars of war upon his return to the throbbing megacity of Lagos. This haunting story is about loneliness, love and self-discovery. Buy tickets here.

Direct from its acclaimed premiere at this year’s Sundance Film Festival, director Andrew Dosunmu’s kinetic, gorgeously photographed debut feature tells the story of an Africa immigrant surviving on the fringes of New York City where music is his passion, life is a hustle, and falling in love is his greatest risk. Buy tickets here, or ENTER TO WIN tickets with Okayafrica here.

Kashimawo, national hero and superstar from the English football club Arsenal, comes back to his home country: Nigeria. He has to make the crucial decision of whether to join the national team in its lasts moments of preparation for the 2010 South African World Cup. During two days, he will have to confront his past in order to be at peace with himself and his country... Buy tickets here.

This modern comedy from Zimbabwean female writer and filmmaker Rumbi Katedza, is a universal story of women’s struggles to balance the expectations of their elders with their own desires. The film received great reviews when first screened in Zimbabwe in November 2011, as a promising example of the country’s incipient film industry. Its success is largely attributable to its ability to engage both critics and indigenous audiences, through fresh dialogues and a cast of local celebrities, starting with Kudzai Sevenzo as the leading character, along with Nothando Lobengula, Prudence Katomene-Mbofana, Edmore Sandifolo, Tendai Musoni and John Pfumojena, as well as cameo appearances by well-known actors. Buy tickets here.