NYC: 'After the Barbarians' Exhibit by Anton Kannemeyer 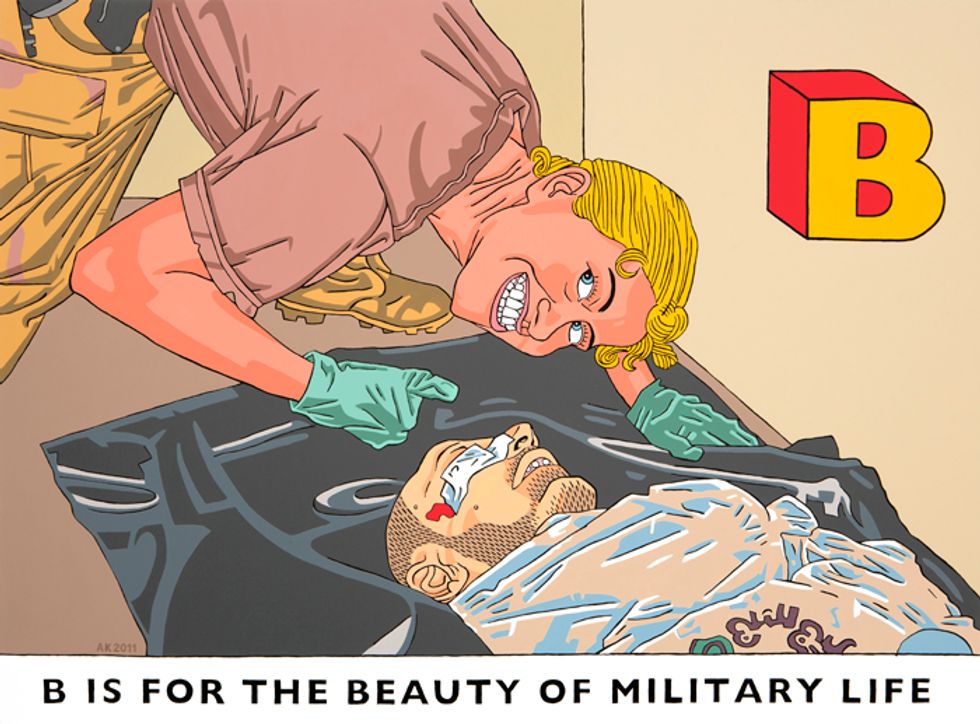 After the Barbarians, an exhibit by controversial South African artist Anton Kannemeyer, opened this week at the Jack Shainman Gallery in NYC. The title of the exhibit is a play on the famous novel by J.M. Coetzee called Waiting for the Barbarians. Whereas Coetzee's "barbarians" refer to the native peoples, Kannemeyer refers to the barbaric behavior of Western societies and those that colonize - as is suggested in the work above. The dark satire in Kannemeyer's work has been perceived as racist, but he uses the discomfort created by his art to explore the difficult questions of racial and sexual identity and their relation to power structures in post-apartheid South Africa, and other post-colonial societies. That said, is it wrong that we're most excited about the two large paintings of the rap group Die Antwoord's Yo-Landi Vi$$er and Ninja featured in the exhibit?

The exhibit is on display now through Nov. 17, click here for more information.