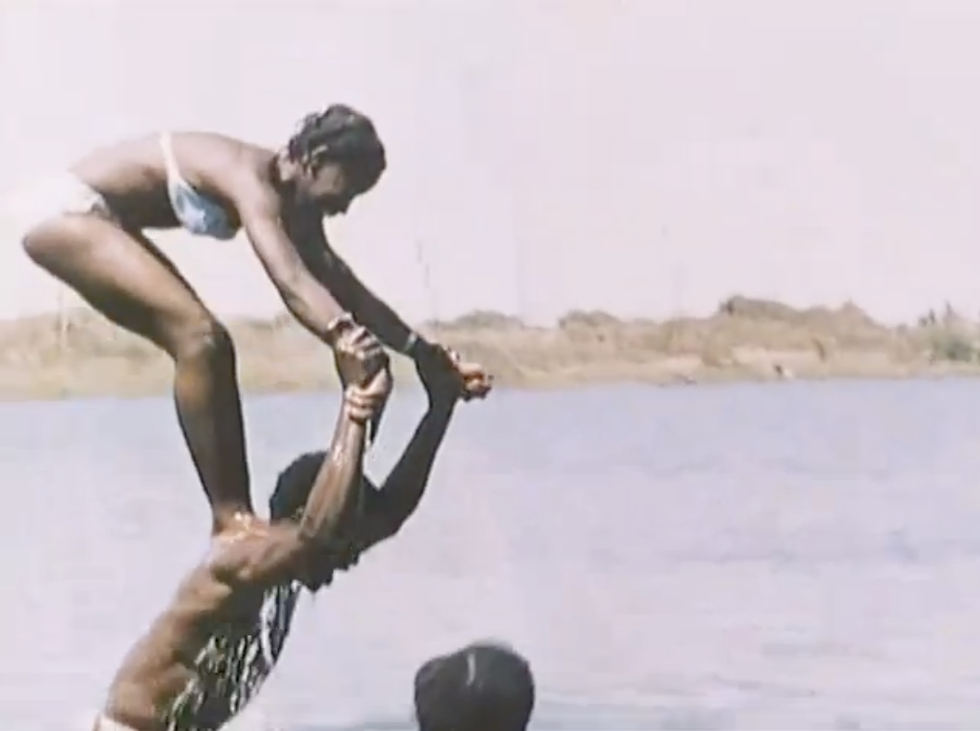 A selection of Jean Rouch's rare ethnographic films will be screening at MOMA in NYC Wednesday Oct. 26 at 4pm. Rouch is one of the pioneers of documentary filmmaking, and his lens on native peoples continues to shape the dialogue of ethical do's and don'ts in anthropological studies. See a small sampling of his work from 1958 above (via Shadow and Act). Be sure to catch this screening of films he recorded in the West African countries of Mali and Niger between 1946-1951:

In the Land of the Black Magi: 1946–47. France. Directed by Jean Rouch. Rouch’s earliest surviving film, which depicts the Sorko of Niger on a hippopotamus hunt. 12 min.

The Magicians of Wanzerbé: 1948. France. Directed by Jean Rouch. “Screened at the first ethnographic film conference of the Musée de l’Homme, [this film] depicts rituals of Songhay magicians who are descendants of Emperor Sonny Ali from the village of Wanzerbé, Niger, [including scenes of] the Wanzerbé market, children’s games, Mossi the magician, dance of the magicians, and sacrifice made to the village mountain spirit” (Rouch). 29 min.

Cemetary in the Cliff: 1950. France. Directed by Jean Rouch. Rouch records funeral rituals among the Dogon on the cliffs of Bandiagara, Mali, centering on a sacrifice to the spirit of the water, the return of the cadaver, and the interment of the body in the cemetery. 18 min.

The Men Who Make it Rain: 1951. France. Directed by Jean Rouch. "Rain rituals with possession dances among the Songhay and Zarma of Simiri, Zermaganda, Niger" (Rouch). The spirits speak through the voices of the dancers they have chosen, including the spirit of the wind, goddess of the cemeteries, the rainbow, master of the lightning, master of the thunderbolt, and master of the thunder and the rain. 28 min.