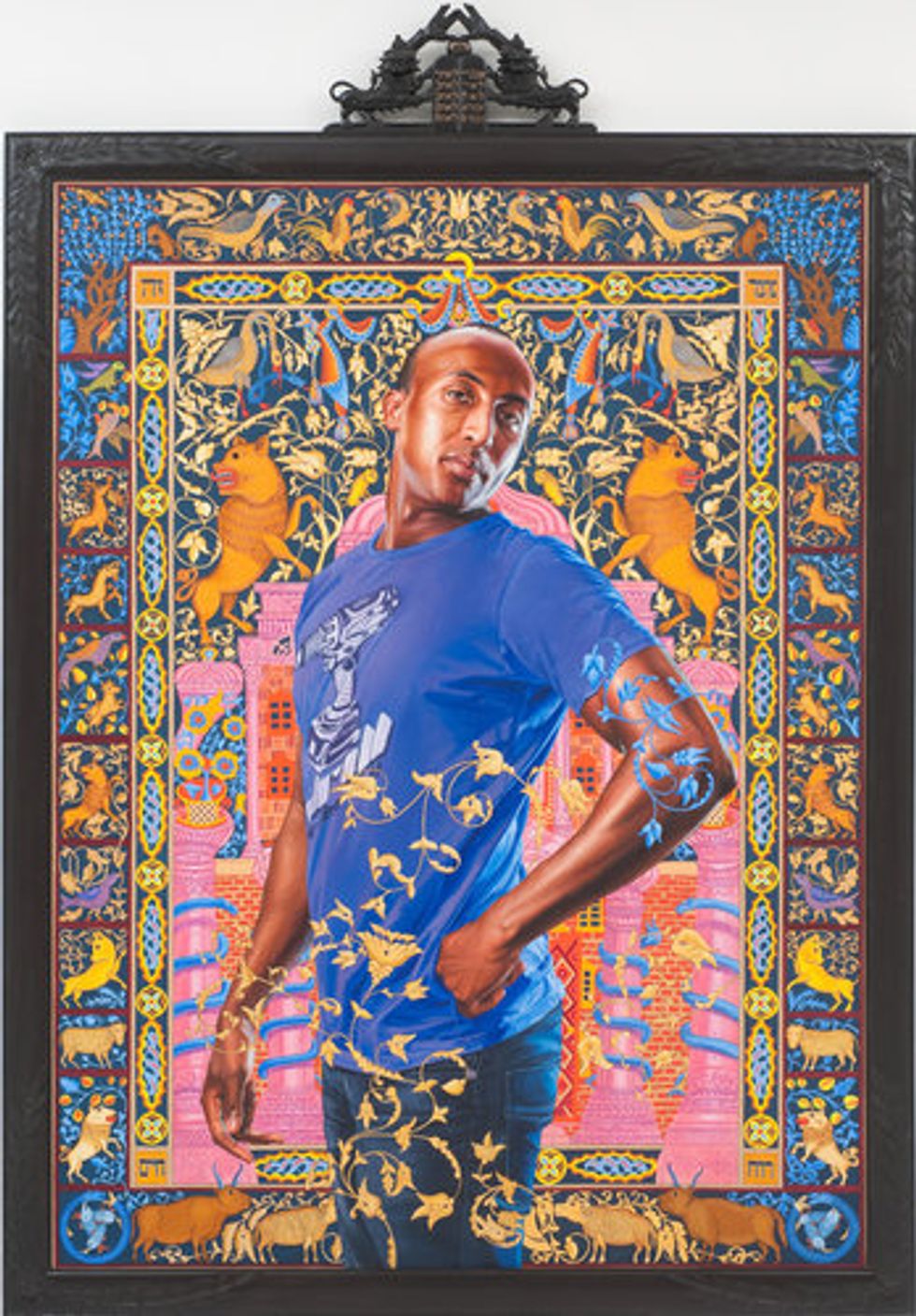 Last April we posted an original documentary (by Dwayne Rodgers) about Nigerian-American artist Kehinde Wiley's trip to Israel to take photographs for his latest project "World Stage: Israel." (You may remember Wiley from Puma's Africa Campaign). The photographs are comprised mainly of  a cross section of young men from the region including a focus on Ethiopian Jews, who call themselves “Beta Israel,” and are used as the basis for Wiley's paintings. The series caught the attention of the Jewish Museum in New York City which has recently purchased "Alios Itzhak" (the piece above) for its private collection.

The New York Times says of the painting:

"Mr. Wiley depicts a handsome Ethiopian-Israeli man in a T-shirt and blue jeans, one hand on his hip, staring with attitude straight at the viewer. Behind him is a delicate paper cutout, inspired by a traditional 19th-century Judaica piece in the Jewish Museum in New York's permanent collection."

Inspired by the acquisition of "Alios Itzhak," the museum will also run an exhibit from March 9 through July 29 featuring about 10 more of Wiley's paintings from the "World Stage: Israel" series - all of which will have a background influenced by Jewish ritual objects.

Revisit the mini-doc on Wiley's trip to Israel below: