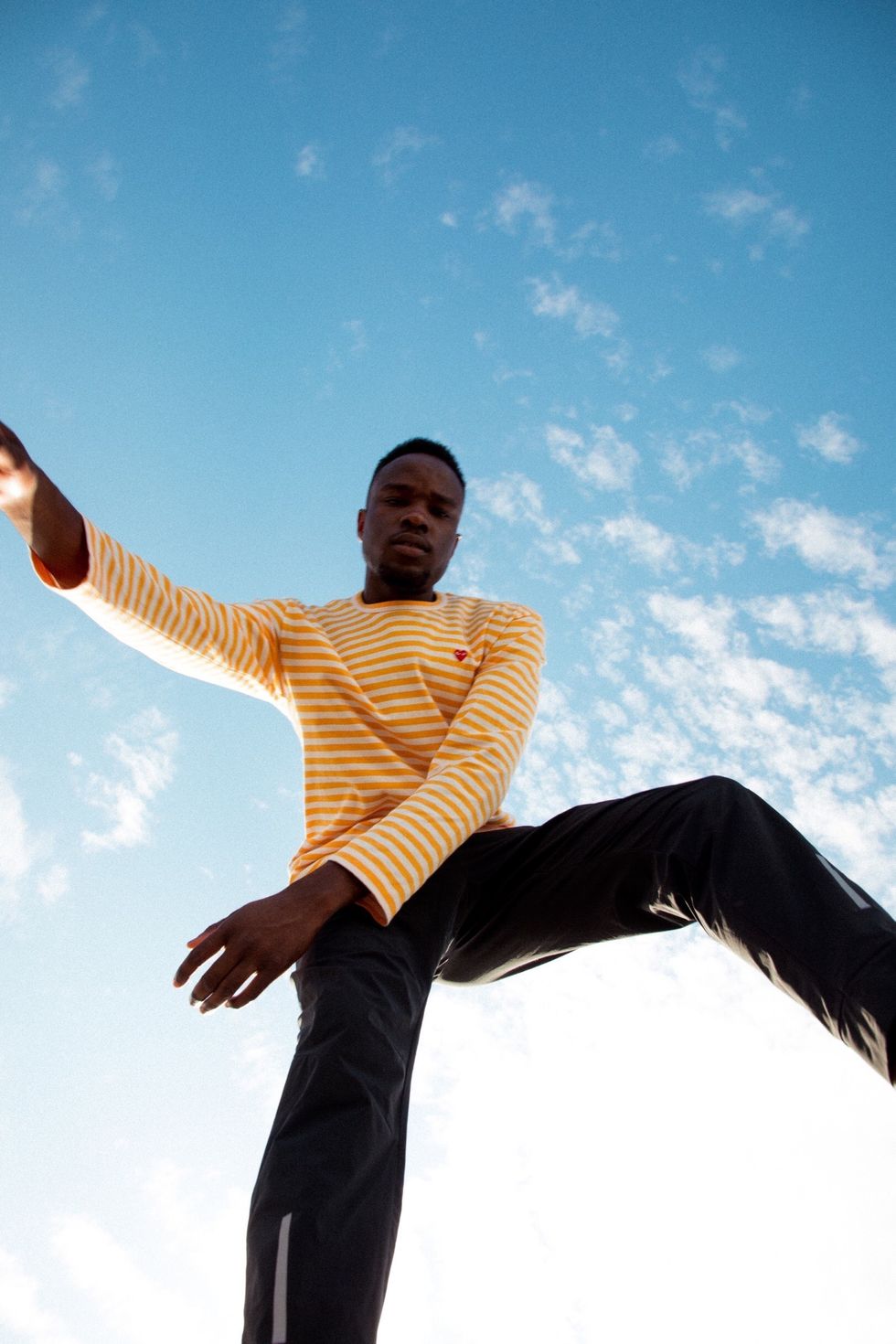 We talk to the 21-year-old about his debut effort, Analogue, which offersa diverse, warm, and impressive new listening experience.

There's no doubt that ODIE has had a great run leading up to the release of his debut project Analogue.

Aside from opening for Aminé at the Canadian leg of his TourForYou tour, ODIE has been co-signed by Drake's OVOSound and his singles have landed on major playlists on Apple Music and Spotify.

The Bay Area-based artist of Nigerian roots enjoys blending all his varied influences together to create a refined and experimental sound. Along with his good friend Yaqob, ODIE is part of Unité, a multi-cultural collective that is putting their own unique and creative touch on modern hip-hop and R&B. His debut effort, Analogue, arrives at a time when ODIE is ready to share himself with the world.

"It's sort of my coming of age story, 2018 is the year where my fans will be fully introduced to who I am as an artist and as a human, flaws and all. In the past, I've just given glimpses," he says.

The highly-immersive 10-track project features ambient alternative R&B tracks like "Little Lies" and "North Face" whilst intersecting with more up-tempo bangers such as "Faith" and "Story." With its poignant lyricism and sensual melodies, Analogue is a fully-formed project that's perfect for your evening playlist.

We caught up with the fast-rising artist to discuss how he feels post-release, his artistry, and future plans.

Your debut project Analogue is finally out. How does that make you feel?

Honestly so relieved. We've been working on it so long it felt like it would never happen but it's out now so I'm happy!

What was the creative process of this project like?

It was really holistic. We made 99% of it in my bedroom so the process was raw and honest. It was like living in a chamber of dreams and feelings. Ideas flowed through naturally and special moments were captured. It was definitely tough at times but I guess that's all a part of it.

What was the inspiration behind Analogue?

Analogue is my coming of age story. The journey of figuring myself out; who I wanted to be and how to get there. I poured as much of myself as I could into it. Every single conflicting feeling I felt for the last for years all in one.

How has moving around between Toronto and the Bay Area influenced your music?

They're both extremely diverse areas, so growing up I was exposed to a bunch of cultures. The idea of being open to new things while still championing your roots is the norm in both places so naturally I have that mentality when it comes to making music.

Can you tell us a little bit about UNITÉ and the genre-bending sounds you guys are creating?

Musically, it's Yaqob and I. We met on the internet four years ago, clicked immediately and ever since we've been working towards creating a universal sound that focuses more on feeling and moment rather the restriction of genre. Outside of that UNITÉ is a collective made up my best friends. We stem from different cultural backgrounds around the world but still come together to inspire and influence each other. In turn, that idea of diverse yet united future defines our sound.

"The idea of being open to new things while still championing your roots... I have that mentality when it comes to making music."

How was your experience opening up for Aminé on his TourForYou tour recently?

It was a great learning experience. Figuring how to set the pace and tone was important. Especially with the idea I have in mind for future shows. The music spans so much of an emotional spectrum, when people come see me I want them to feel everything.

What impact do you hope that Analogue has on the listener?

I hope people get lost in the world of feelings we created, and in the midst of that find solace in their own journey as a human. Hope and tragedy combined.

Where does ODIE go from here?

Now that the music is done and out it's time to translate my sonic world to visual. I'm working hard to make my videos and shows depict the music exactly how I felt while making it. Aside from that I'm going keep evolving. Become the best version of me I can be.