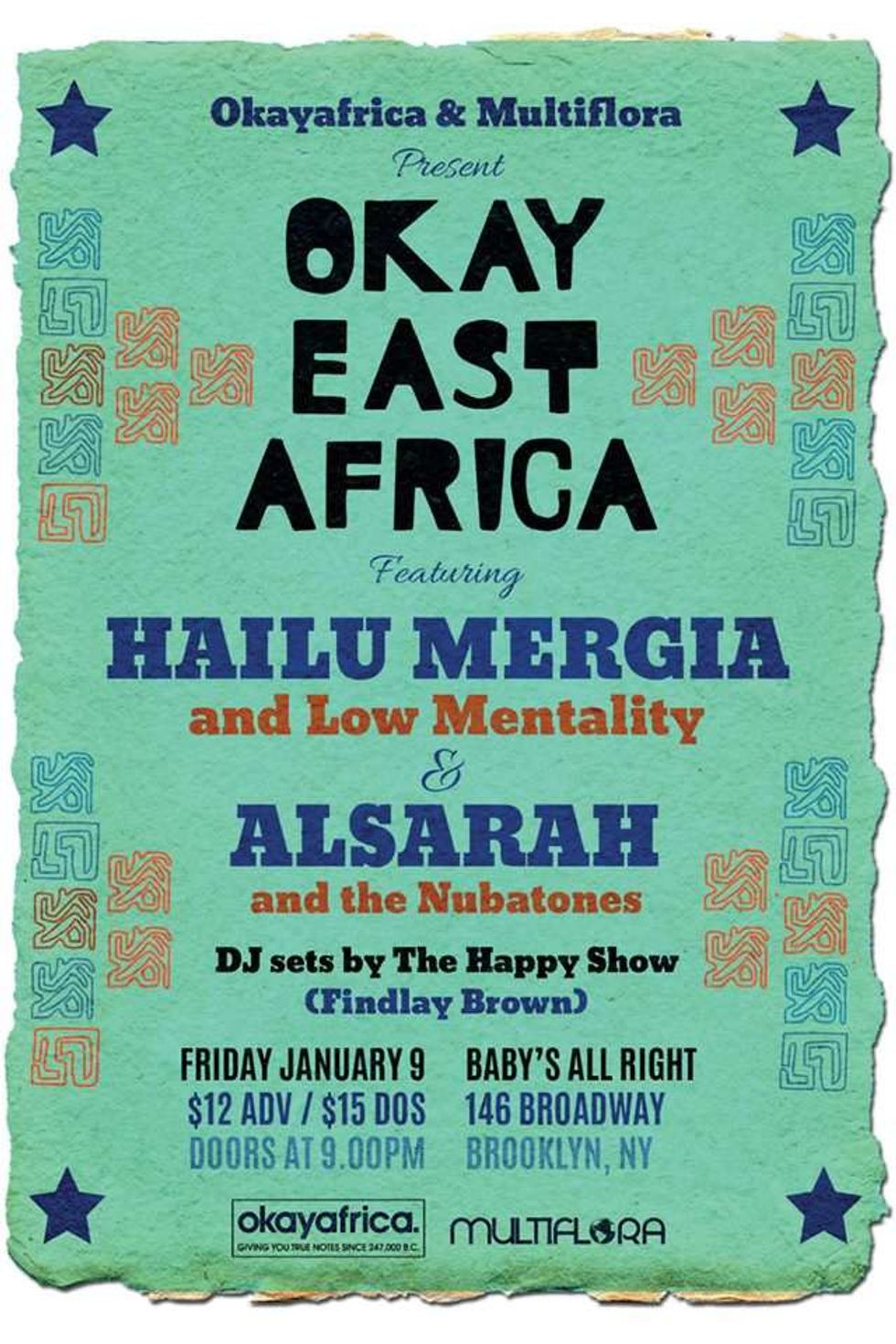 On January 9, Okayafrica and Multiflora will head to Baby's All Right for Okay East Africa. Going down in conjunction with the APAP (Association of Performing Arts Presenters) conference, which assembles musicians from various parts of the world in New York each January, the showcase will feature shows by East African retro pop group Alsarah & The Nubatones and Ethiopian keyboardist/composer/arranger Hailu Mergia. Playing with Mergia, a celebrity in 1970s/80s Addis Ababa whose 1985 album Hailu Mergia and His Classical Instrument was recently rediscovered by Awesome Tapes from Africa, is the genre-melding band Low Mentality (led by Antibalasmember Nikhil P. Yerawadekar). Sudanese songstress Alsarah will perform with her band, The Nubatones, playing Nubian songs and famous tracks from northern Sudan and southern Egypt that span from the 1970s to now. Finally, The Happy Show's Findlay Brown will be holding down the after-party, spinning African soul, disco, and funk. Check out the details and listen to a sampler of the "Okay East Africa" Showcase below.

Alsarah and the Nubatones

at Baby’s All Right