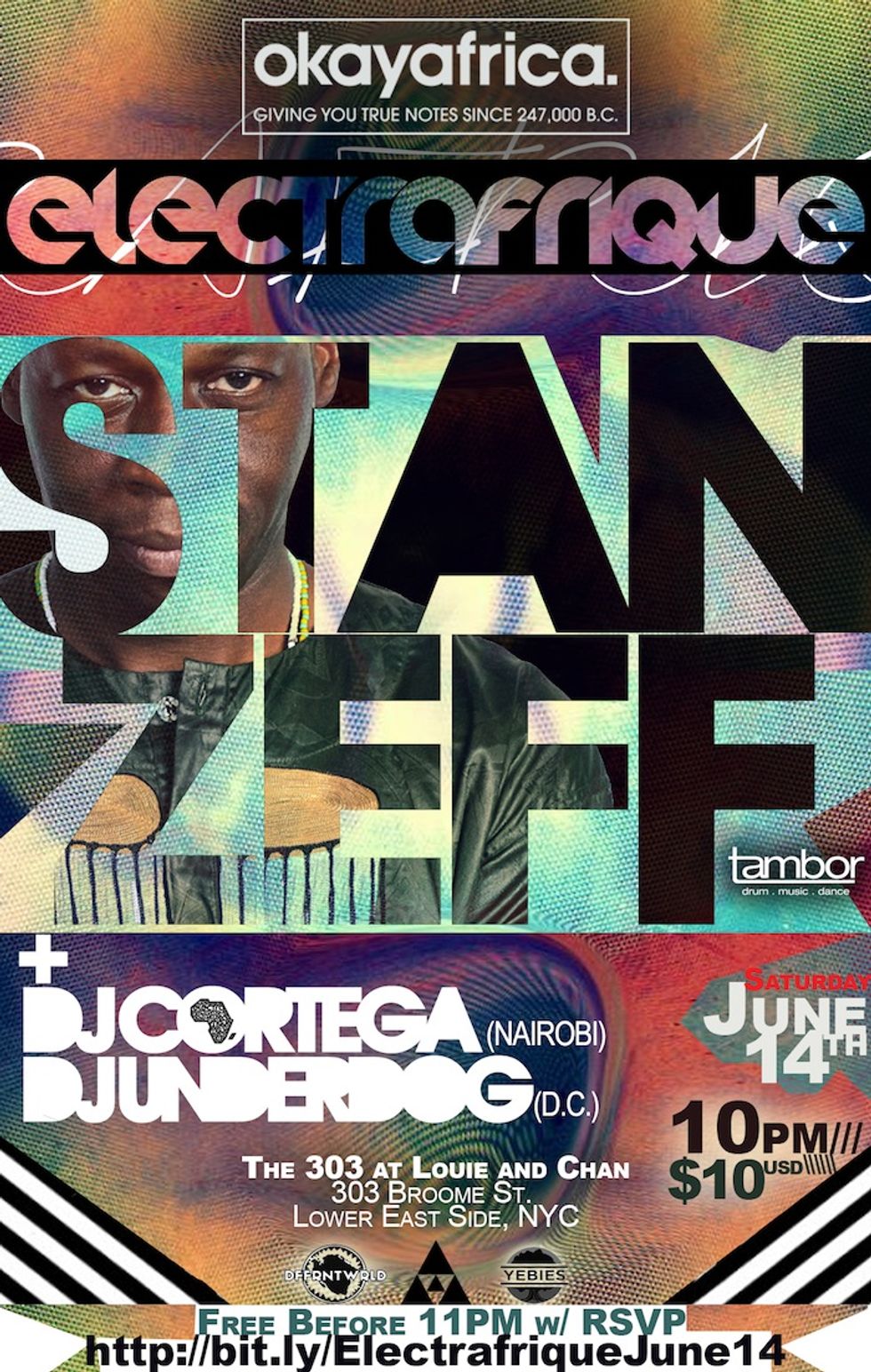 A few months back we teamed up with Nairobi’s Electrafrique to introduce New York’s new monthly dance party. After heading outdoors in May, Electrafrique NYC returns to the 303 at Louie & Chan this Saturday, June 14th, with special guest Stan Zeff and resident DJs Cortega and Underdog! Then on Sunday don't miss out on our FREE South African house bash with Black Coffee, 'bacardi house' founder DJ Spoko and Electrafrique (Cortega + Underdog) as a part of Okayplayer's Summer Concert Series at SummerStage Central Park! Scroll on for more details and get warmed up with Cortega's all-Black Coffee mix below.

>>>RSVP FOR FREE ENTRY TO ELECTRAFRIQUE BEFORE 11PM

>>>FIND OUT MORE AT THE ELECTRAFRIQUE NYC FACEBOOOK EVENT

Stan Zeff is originally from London, where he was amongst the City's house scene pioneers, finding his roots in the sound systems tradition. Today, he runs the Tambor Party, which brings an explosive combo of Caribbean, Latin, African influenced house music to the dancefloors, from ATL to Miami's WMC.

DJ Cortega, the driving force behind Electrafrique, is currently based in Nairobi, where this event has seen massive growth, hosting the likes of Black Motion (South Africa), Boddhi Satva Official (CAR), Carlos Mena (US), or Renato Xtrova (Angola) for the first time in Kenya.What do you think?

DJ Underdog, who has been been one of the main Apostles of the Afro-futuristic sound in Washington, DC, and of course resident behind the decks at #OKAYAFRICADC. His “Afrobeat For Your Soul” monthly acquired legendary status, mostly thanks to his electrifying sets.