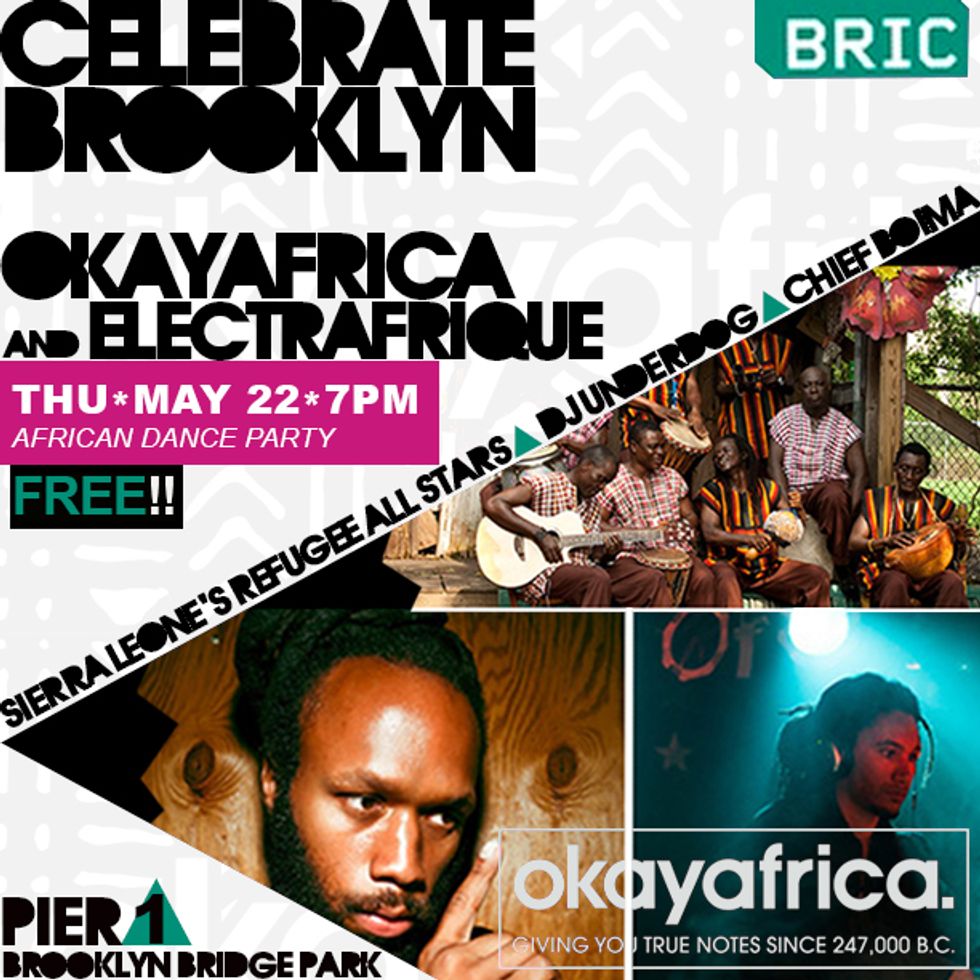 Earlier this year we teamed up with Nairobi's Electrafrique to introduce NYC's new dance party held the second Saturday of every month at the 303 at Louie and Chan. We're excited to announce we're taking Okayafrica Electrafrique outdoors with DJ Underdog and Chief Boima as a part of this summer's BRIC Celebrate Brooklyn! Dance Party series at Brooklyn Bridge Park. In a special Thursday night edition of Electrafrique, #OKAYAFRICADC/Electrafrique resident behind the decks Underdog and Okayafrica regular Sierra Leone's DJ Chief Boima are set to kick the night off on the 1s and 2s before Sierra Leone's Refugee All Stars take the stage on the heels of releasing their fourth studio album, Libation. Find out more details on the event below.

Under the canopy of Pier 2