Olamide Takes the Throne With His New Album 'The Glory' 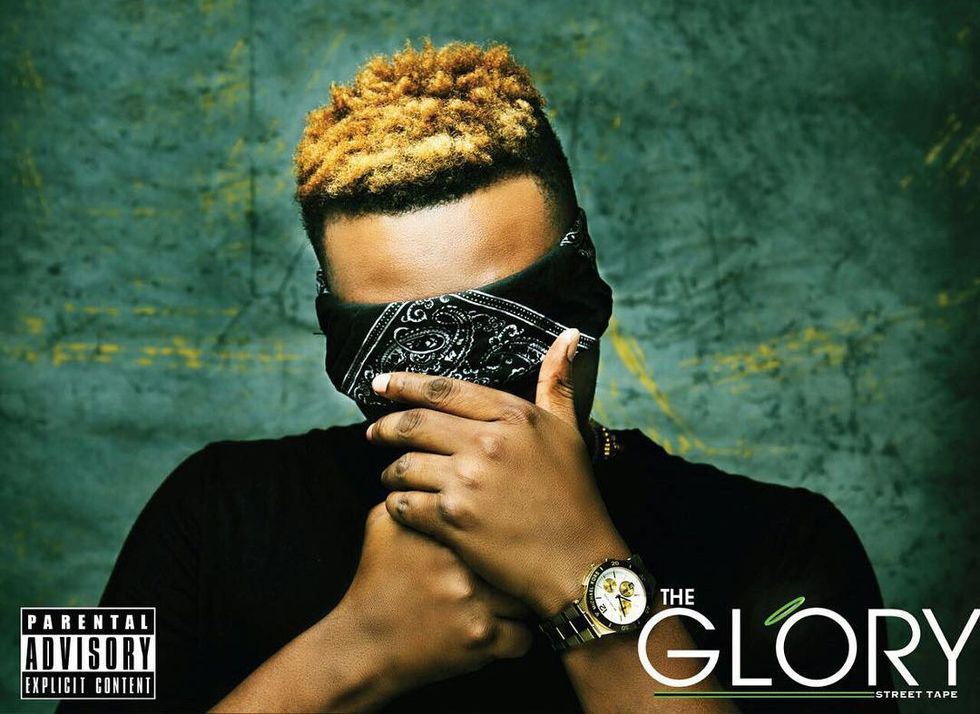 Olamide's new album 'The Glory' is a victory lap and survey of all the Nigerian artist's achieved so far.

The Glory, Olamide’s 5th solo studio album, is essentially a victory lap. It was released in late December to coincide with the third "Olamide Live In Concert" in Lagos.

Produced by Major Bangz, its first single "Owo Blow" is an exercise in brag swag like a mid-career Jay Z song, say 2006's "Show Me What You Got." This is telling. Olamide is now at the height of his powers, as Jay Z was in the mid-2000s, and like him he owns a prominent record label, and can confidently claim to be the king of Lagos/Nigeria/Afro-rap—but then again there are other thrones and his co-d, Phyno, is sitting on one of them.

A party hosted by Olamide and Burna Boy should have a team of medics and security on high alert. A song like "Omo Wobe Anthem" by these two about getting turnt is thankfully less daunting and as is ever evident, Burna’s singing voice is almost too distinctive. It is not always clear on a song if he’s the guest or the host.

The beat is a menace, thumping with bass. Akuchi’s hook, professing to “move underground like El Chapo” is damn near-perfect, except for that negligible fact that El Chapo’s legendary underground activity has as yet led him back into the most protective of all custodies.

Olamide’s persona as Roadman General might now be crucial to his appeal, but in a classist Lagos, new money never changes clothes. So when he says “Cos we came from the bottom, they'll never respect us” as he does on "Oluwa Loni Glory," what from another rapper might be a veiled brag, is in his case a pained truth.

Newly signed to YBNL, Davolee features on "Pepper Dem Gang," but the song gets a mention for having a most unpleasant metaphor in “emi Aaliyah, cos you fly die”, which would otherwise be neat if it wasn't about a much loved and much missed person, who many will agree passed way too early.

This distracts from the aim and importance of the song, which is an address to his son. If ever a heartfelt declaration to a child was going to be made, doing so in an indigenous language as well-travelled and universally recognised as Yoruba would be just the ticket.

Rather than improve the song, remixing "Who You Epp?" with Phyno and Wande Coal offers an alternative version, because the original with just Olamide had done incredibly well. But it is so good to hear Wande on a song that befits his winning voice, and of course Phyno is never a dull presence.

By far the most affecting song here is "Journey of a Thousand Miles." Pheelz, one of YBNL in-house hit-makers, provides this highly recognisable acoustic guitar tune over which Olamide sounds as earnest as I've ever heard him.

If "Owo Blow" is a victory lap, The Glory is the dance as well as a survey of all he's achieved so far, remarkable in itself, and so devoid of sparkling ideas that could enlighten.

Perhaps he's saving that for his next project, perhaps it is an unrealistic expectation, but what is clear is that The Glory cements what few doubted about Olamide’s ascendancy.

Sabo Kpade is an Associate Writer with Spread The Word. His short story 'Chibok' was shortlisted for the London Short Story Prize 2015. His first play, 'Have Mercy on Liverpool Street' was longlisted for the Alfred Fagon Award. He lives in London.