On Watching Black Folks Win: What I Learned from the 2017 Oscars Flub 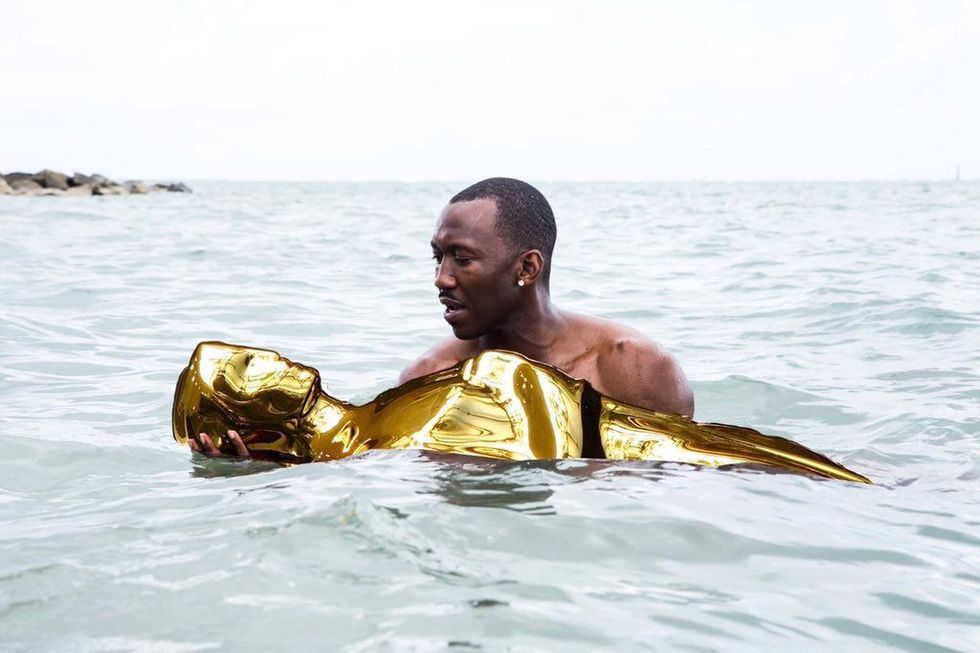 A candid rundown of the 2017 Oscars and the epic mix-up that almost stole Moonlight's victory.

That was my first reaction—a croaky laugh, the kind that is accented with a groan, a cry, a wail. What the fuck? I thought. Then the other me, with the black hoodie on, thought, “What you mean ‘what the fuck?’ You know they never give us anything.”

I saw several Oscar nominated movies this year. In a text convo with a friend, I went through the rundown of films I paid to see—sometimes at full price! That means a lot, I’m a matinee kind of gal: Moana, Zootopia, The Lobster, Fences, Hidden Figures, I Am Not Your Negro, 13th, La La Land and Moonlight. In fact, I saw Moonlight not once, but twice, and I contemplated seeing it a third time when I realized it’s still playing in some theaters.

This is the first time that I’ve seen two handfuls of Oscars nominated movies—usually, I’m bored while watching the Oscars, because the films they nominate are foreign to me. I wondered if this coincidence occurred because there were so many amazing movies last year, because I had more money to see movies, or if it was a direct response to #Oscarssowhite. With the latter idea, I wanted to believe these were genuine nominations, because Moonlight, Fences and Hidden Figures are simply spectacular.

If you haven’t seen Moonlight, here’s a short, non-spoiler synopsis: an adorable, dark skinned black boy growing up in Miami contemplates his sexuality and his existence amidst his neighborhood filled with drugs, crime and codes of masculinity. Throughout his life, he is guided and influenced by moving characters who shape his identity and the way he loves.I think this is my favorite movie of all time— in 26 years of living, this is the first time I confidently feel this way about a film.

I think this is my favorite movie of all time— in 26 years of living, this is the first time I confidently feel this way about a film.
La La Land is a musical about two young, attractive lovers who are chasing their artistic dreams. It's filled with bright, ecstatic colors, lots of white people dancing, and is call back to old Hollywood. It also features a stand-out monologue by Ryan Gosling about jazz revival. The film tackles something that all millennials wonder: how can I prosper in my career and balance my love life (or insert other conflict here)?

The premise of this film is meaningful and universal, but personally, I feel that La La Land falls flat because I believe, that it is possible for one to successfully have both love and success. Also, the singing was hella mediocre. Yes, we know Gosling and Stone have great onscreen chemistry, but they are not the most stunning vocalists around. If you’re going to give me a musical, give me mind blowing vocalists! That’s like ordering salmon at a restaurant but they don’t season it properly (sucks teeth).

So let’s get back to Oscars' night. Your girl sat in front of the screen for approximately 5 hours (pre-show included), just to see if all the black actors I love would win something this year. As I worked on some writing, I heard:

The best thing about the red carpet: Mahershala Ali gushing over his new born baby. He’s such a chocolate papi—literally.

When the show finally started, and Ali was awarded Best Supporting Actor, I was pleasantly proud. I started talking to the TV: “OKAY, OKAY, I SEE YOU. THAT’S RIGHT” as if he could hear me, with his foine self.

Then, shortly after, Viola Davis won Best Supporting Actress! Elated, I started clapping wildly offbeat, smiling mad hard as she walked onto the stage, with her muscular-curvy self, looking like a chocolate bar dipped in strawberry sauce. I told myself that when I am her age, I hope to have muscles and curves. She gave a beautiful speech about graveyards, inspiring everyday people, and the importance of sharing their stories. I made a note to save the transcript of her speech later.

Denzel has only ever won the Best Actor award for Training Day, where he played a villainous, yet complex and intriguing character. I was hoping the Oscars would break that tradition of awarding black actors for playing submissive or devious roles, by recognizing Denzel’s character in Fences: a passionate, flawed, everyday, working class kind of man. I was wrong.

As Sunday night trickled down, and the final category was to be announced, I could sense the audience’s tension through my TV screen. When Dunaway and Beatty took their time announcing the winner for Best Picture, I thought they were trying to heighten that tension, that anticipation. Dunaway finally grabbed the envelope from Beatty’s nervous hands and belted “La La Land!” after quickly glimpsing at the card. Case closed. Beatty smiled nervously. “Maybe I was seeing things?” He probably thought. “Everything is alright, Faye said it, I didn’t. Maybe I was...just seeing things.”

As we all know, he was not just seeing things. He was seeing the wrong got damned envelope. And while the La La Landers rushed on stage, teary eyed, soaked in happiness, the Oscars crew trickled on after and, one by one, let the triple L crew know that there was a mistake.

It was truly Moonlight that won. The audience, confused—but after a split second—ecstatic, broke out into applause and standing ovation. The Moonlight crew cautiously came on stage, emotional, I imagine, and in pure disbelief. Who wouldn’t be?

In my heart, Moonlight was the winner, I didn’t need the Academy’s validation. But when things turned around, when I realized Moonlight was the intended winner, I felt a mixture of annoyance and happiness. Annoyed that such a grand mistake can be made, annoyed that this mistake, and the flurry and confusion it ignited, would take away from the Moonlight crew's win. Annoyed that the La La Land crew had to witness such an embarrassing moment. Annoyed that maybe this would ignite resentment towards Moonlight from people who really wanted La La Land to win. That this would cause some kind of polarized discussion: the glossy white film versus the imperative, personal movie about an intersectional identity. Was I being paranoid? Why couldn’t I just give into my happiness?

Because we aren’t used to being here. And worse, that mistake taints the experience. How different would things be if they got it right the first time? What a victory! But now, Barry Jenkins had to see the card himself to believe it. That’s how it is with us sometimes: we are so used to white supremacy winning that when we are awarded, acknowledged, we have to make sure it’s real. That it isn’t a joke, not a mistake.

Monday morning, I re-watched the full clip on the Oscar’s site, without an investigative eye, without a guarded spirit. After the flurry was over and the Moonlight crew came on stage, I was able to notice all the beautiful details:

Moonlight is my favorite movie, and it is for so many others as well, especially those who can specifically relate to the story. It’s beyond amazing knowing that the Oscars recognize it as their favorite movie of 2016 as well. I would have believed it either way, but having it written in history for all to see is even more special. It proves that times are changing, that the art that is valued is being broadened, and thus, more of us are being seen.