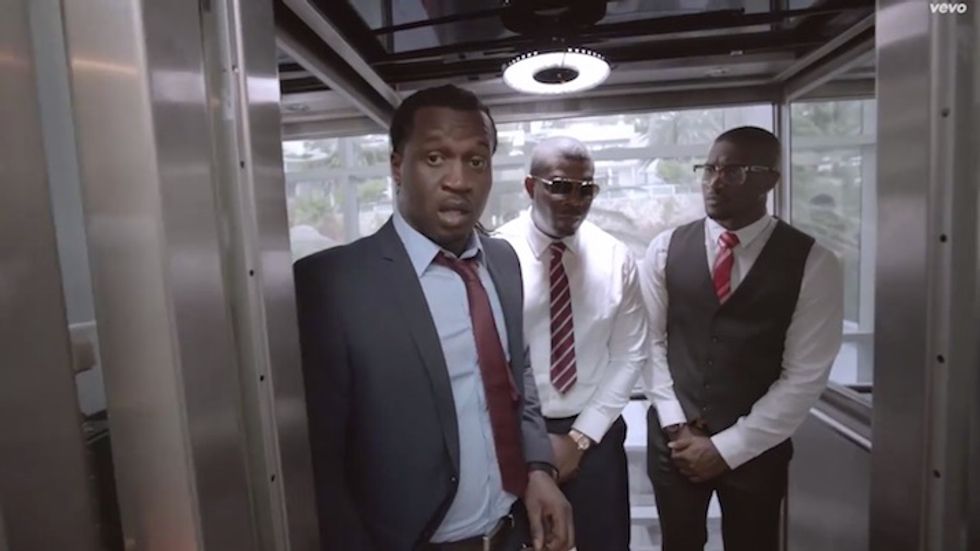 Nigerian superstar duo P-Square share the new visuals for "Collabo," their guitar-laced joint single alongside Mavin Records‘ CEO/producer Don Jazzy. The crew travelled to the South African coast to shoot the playful Clarence Peters-directed music video, which sees each of the artists getting caught daydreaming about an office romance. The track, which can be found on P-Square's Double Trouble LP from last year, features the twins (Peter and Paul Okoye) and Don Jazzy dropping Portuguese lines, as well as references to Cristiano Ronaldo and Mavin label star Tiwa Savage’s hit “Eminado” over an Oscar-produced beat. For more from the album check out P-Square's T.I.-featuring video for “Ejeajo,” as well as their underground warehouse visuals for "Shekini." Watch P-Square and Don Jazzy's SA-shot music video for "Collabo" below.