Listen to Panashe Chigumadzi’s Interview with The Cheeky Natives Podcast 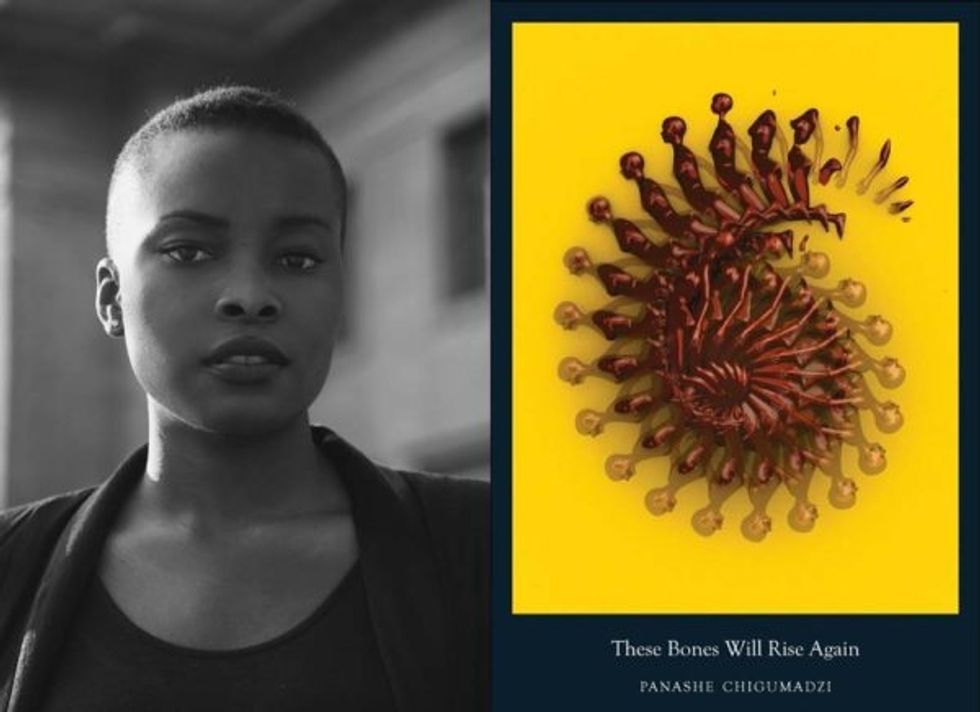 Plenty of gems are dropped here.

Zimbabwean writer and author Panashe Chigumadzi recently sat down with the hosts of the literary podcast The Cheeky Natives to discuss her latest book These Bones Will Rise Again. The author and the hosts discussed a range of topics in relation to the book—the thinking behind the book, how it was commissioned, gender, race, Zimbabwe, Panashe learning her mother tongue Shona, and many other topics.

A few gems we picked up from the interview:On Ubuntu:

"We have many white scholars, especially in the post-94 period in South Afric who talk about Ubuntu. But we having Ubuntu without abantu. One that does not focus on the humanity of actual black people. It's more about a particular kind of project of saving whiteness on the onslaught of this revenge of black people. But a critique is that many of these white scholars cannot actually speak African languages. Imagine me doing French philosophy without having understood French."

She then spoke about the importance of her learning Shona before she could engage with her grandmother about specific topics.

Our latest episode features the prodigious @PanasheChig talking to us about her latest offering ‘These Bones Will R… https://t.co/JRkS8i3BhX
— The Cheeky Natives (@The Cheeky Natives) 1541662144.0

On women not being allowed their complexity

"There's always this framing of women in public spaces doing what they not supposed to do, as prostitutes. As a woman, you can either become a mother of the nation who's all that is good within the nation or you are an evil stepmother of the nation, and the best way to think about is through Mugabe's two wives, which is Grace Mugabe and Sally Mugabe, who both are very complex figures. And you can see this even in South Africa; Winnie Mandela is not allowed her complexity. Nelson Mandela, of course, is allowed to be a complex figure, but dare Winnie have any sense of complexity, she must immediately be disposed. And we're happy for her to carry the liberation struggle, for her to continue the name of the ANC, but now that liberation has come she needs to go back and become the wife again."

There are plenty more gems to pick up in the interview as she goes on to discuss spirituality, her previous book Sweet Medicine, and many other topics with the specificity and intelligence we've grown to expect from her.

Listen to the whole interview below, and/or subscribe to The Cheeky Natives on Apple Podcasts here.