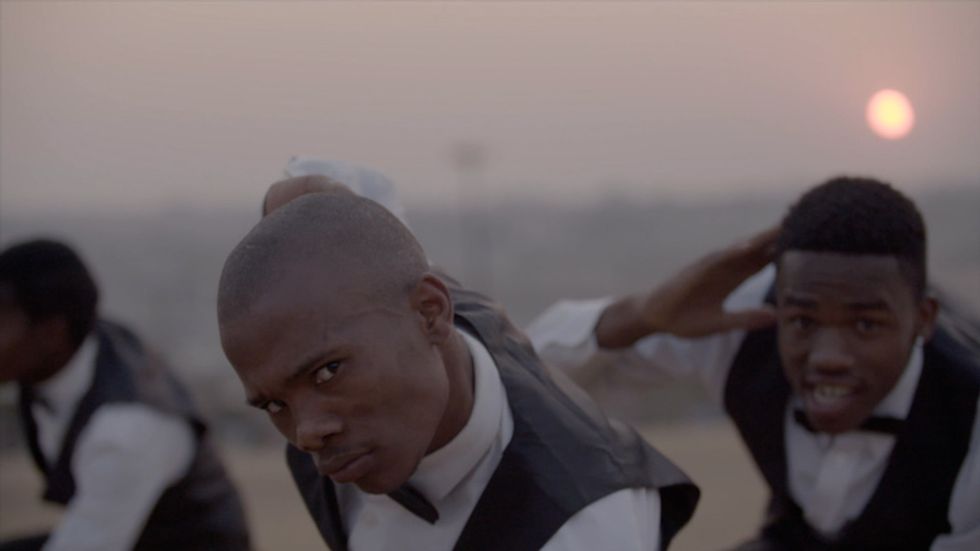 Afrofuturistic British jazz group Sons Of Kemet recently enlisted South African filmmaker Lebogang Rasethaba to direct the snazziest dance visuals we've seen all year for the track "In The Castle of My Skin" (which takes its name from Barbadian author George Lamming’s 1953 novel about post-colonial identity).

Shot in the Johannesburg township of Tembisa, the clip adds a philharmonic spin to South Africa's pantsula dance video phenomenon– of which Basement Jaxx, Skrillex, and Friend Within have all caught on in recent years (Beyoncé's 2011 "Run The World (Girls)" video features a variation of the dance).

Set to Sons Of Kemet's frenetic jazz tune, the video sees a group of black-tied pantsula dancers from the Indigenous Dance Academy form a symphony conducted by choreographer and IDA co-founder Jarrel Mathebula. As explained in a press release, the video is a study in contrasts that combines the chaotic energy of pantsula with the controlled sophistication of an orchestra. “Pantsula and jazz aren’t things that people were ever meant to see together; they both have rich histories with very different cultural and aesthetic values,” says Rasethaba. “But framing ideas within a different context can give them new life,” adds the Future Sound of Mzansi director.

"In The Castle Of My Skin" features on Sons Of Kemet's new album Lest We Forget What We Came Here To Do, out last week on Naim Jazz. Watch the band's pantsula orchestra video for the track below.