PatricKxxLee’s Latest Album ‘Nowhere Child’ Is Depression Without the Glamor 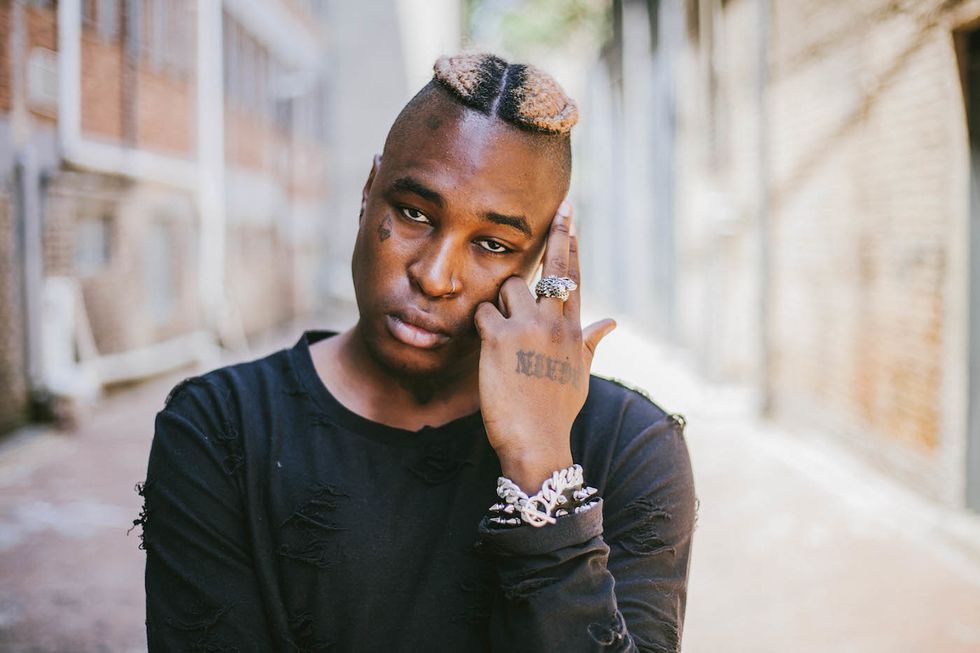 I first found myself thinking of this line a few months after I'd started seeking treatment for a nervous breakdown I had in the beginning of 2017. Looking back now it almost feels unreal that I hadn't wound up in hospital much sooner. The late nights out, the long days spent at the office dreaming of the velocity of escape a night out would provide, the mounting deadlines now seem like a prelude to a mental collapse that had been a long time coming.

A few months after my release from hospital, I found myself thinking of Jay Kang's line again. This time, I was visiting Johannesburg-based rapper PatricKxxLee's oeuvre. In mid-2017, he released The Diary of an Arsonist, an 18-track album that opens with him deadpanning, "This is the tale of a fire starter, the fires of hell have got nothing on me." What followed was an unsettling album that saw him chase self-destruction with a single-minded determination. "Call up my plug and tell him I'm collecting everything," he croons over restrained synth blips and sparse drum work on "After Party." Similarly, "Pocahontas" saw him lamenting, "I forgot all my feelings in the darkness/ So much liquor in my cup I might drown," over rumbling 808s and an oriental sample.

"That album was basically about how I set my life on fire," he says. "That's where the title came from. I feel like I'd singed so many relationships with some of the choices I'd made and everything was crumbling down around me." And even though the Zambian-born artist is reluctant to share the exact nature of those "choices," he mentions they were severe enough to land him in hospital for depression.

"I checked myself into rehab for depression in July last year," he says. "My latest album Nowhere Child, was written and produced during my time there. I really wanted to make an album that was as honest as possible, but one that didn't tap into the pain just for the sake of it. I had a lot of time to reflect on some of the choices that led to my admission in hospital, and I wanted that self-reflection to show in the music."

Part of what makes Nowhere Child so searing is its commitment to honesty. There isn't a single moment on the album where the producer-rapper falls into the trap of self-mythology or wound worship. Instead, PatricKxxLee is always positioned as a self-saboteur and talks candidly about how he's carving his way out of a hell of his own making. On "Can't Tame Morgan," the second song off the album, he raps, "Slumped out on the couch, I'm blacking out, but I'm awake," later adding, "One shot, two shot… Now I want more/ Double that and double that I'm crawling on the floor." "Hurts to Feel," an alternative rock number, appropriates some of the candor and bounce and sees PatricKxxLee coming to the realization that, "It hurts to feel inside, it fucking hurts to be alive."

But the album's crowning moment inarguably comes on "H3llywood Blvd," its sixth track. PatricKxxLee says the song was written while he was out in Los Angeles making music and trying to keep his depression at a move by drinking and partying. "Really, I was just living a day at a time. I lost my way, mentally, while I was there," he explains on the album's liner notes. The song itself sees him employ a machine gun flow while rapping about being kicked out of his crib and chasing the next bit of pleasure all around the city of angels. The production is ominous, with a sombre piano melody and orchestral flourishes.

The album wears its influences on the sleeves—the atmosphere immediately brings Travis Scott to mind. But this is more than just pastiche. The thumping basslines, screeching orchestral sections and autotuned lyrics add to the suspense of watching PatricKxxLee's life come apart throughout the course of the album. In the moral universe of Nowhere Child, everything bends toward chaos. There's nothing particularly therapeutic or redemptive about pain, it just… is. Or, to quote the late American writer David Carr (who also penned his owned struggles with addiction): "…too much of a bad thing is bad." But as the music suggests, sometimes the only way to climb out of rock bottom is to actually reach it a couple of times.