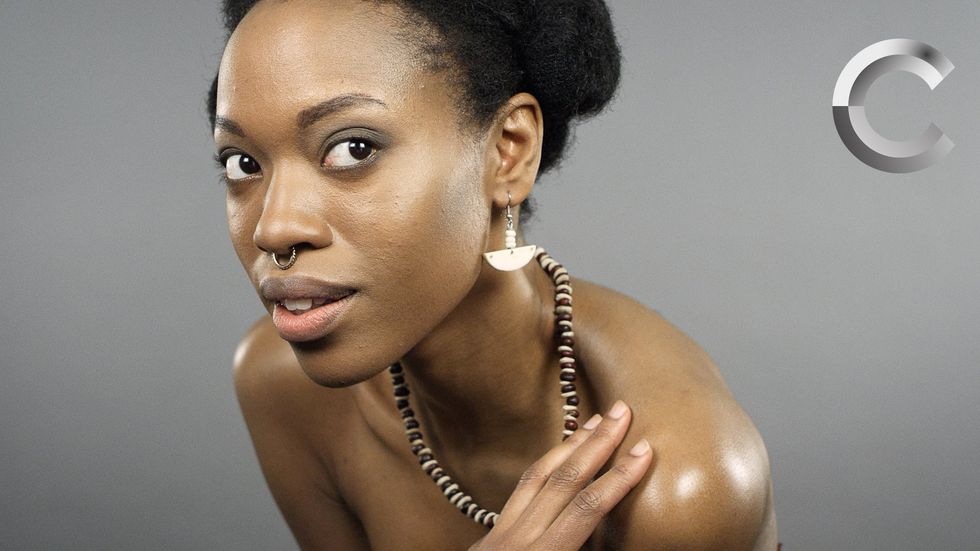 Take a trip down memory lane with Cut Video’s “100 Years of Beauty,” capturing a century of Kenya’s stunning beauty trends.

The 21st episode of the well-received Youtube series spotlights popular Kenyan hairstyles and beauty from 1910 until the present-day. The one-minute showcase, featuring model Keesee Andrea, sees her being transformed decade-by-decade from sporting a cropped ‘do paired with a traditional Masaai necklace to cornrows (let’s not call them box braids) to 80s glam -- complete with teased hair and luminous purple eyeshadow -- possibly making the late Prince a.k.a the “purple one” proud.

Accompanying the video is a Pinterest board that offers a glimpse of behind-the-scene takes and historical details of Kenya’s past such as Britain’s scramble for Africa and the Kikuyu Mau Mau movement, which inspired each style. Andrea’s 1970s look with a canary yellow headwrap pays homage to Kenya’s first lady Ngina Kenyatta, also affectionately called "Mama Ngina," who sophisticatedly epitomized the country’s post-independence. Also Andrea’s present-day look pays homage to “Queen of Katwe” and “12 Years A Slave” actress Lupita Nyong’o, who hails from Kenya and whose rise to fame perfectly encapsulates the emergence of Kenya’s young creatives.

Cut’s pivot back to the continent makes good on its promise to feature more African countries. “This isn’t the end to African beauty. This is just the first of many ways to talk about the diversity of the continent,” video researcher Karen Maniraho said when Cut previously highlighted a century of Ethiopia’s good looks.

Peep the video at the top of the post.