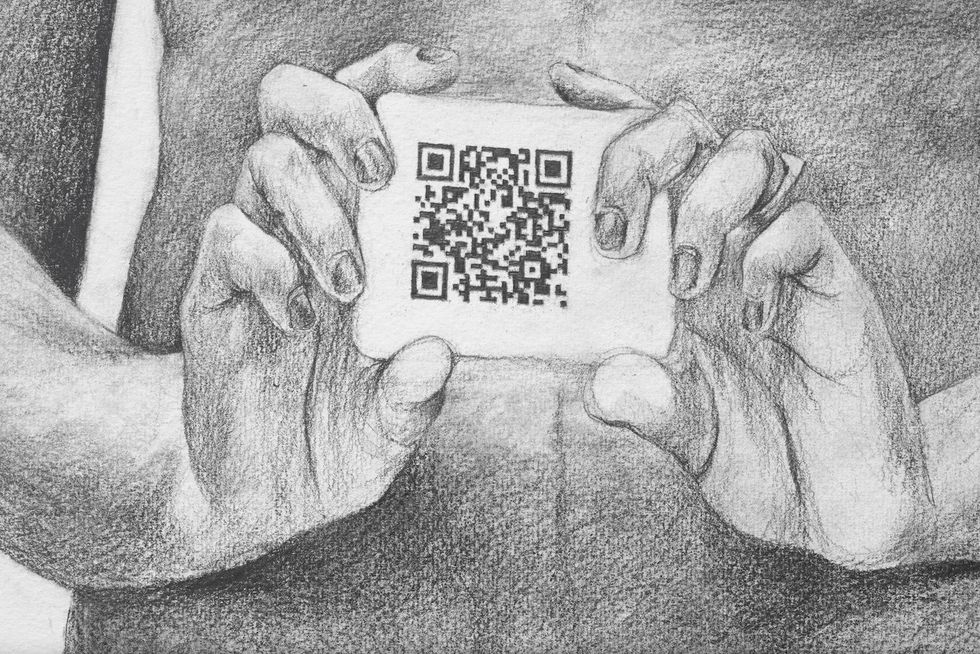 Phoebe Boswell's exhibition undermines the currency of the muse—a woman typically shown as an object rather than possessor of the gaze.

Phoebe Boswell is on a roll.

Her exhibition, For Every Real Word Spoken, had just opened in London’s Tiwani Gallery when it was announced that she’d won the Special Prize at this year's Future Generation Art Prize.

Worth 20,000 pounds, the prize is for Mutumia—her 2016 interactive installation—which the jury described as “virtuoso life drawings, female figures, animated on an epic scale.”

For Every Real Word Spoken displays more of this virtuosity. Boswell has drawn a series of near-life-size portraits of friends and acquaintances, each of which is shown holding a device with its screen to the viewer.

This was inspired by Food For The Spirit, the collection of self-taken nude and near-nude photographs by Adrian Piper, the American conceptual artist.

While Piper was her own subject, suggesting self-examination, Boswell has opted for a choral assembly of women, of which one is transgender. The screens held by each woman has a qr code, hand drawn by Boswell, which when scanned with a mobile phone, reveals a particular item important to and chosen by the women.

The revelations include a YouTube video of Maya Angelou reciting her poem Phenomenal Woman and a live recording of a concert by the Voices of East Harlem.

On an adjoining white wall, are the names of the women who have been important to Boswell from family members to public personalities as a figurative way of marking the lives and achievements of black women in the “white” contexts they’ve had to do so.

For Every Real Word Spoken is a crowning achievement for the thoughtful and inventive ways Boswell has investigated the lives of her subjects and womanhood in general.