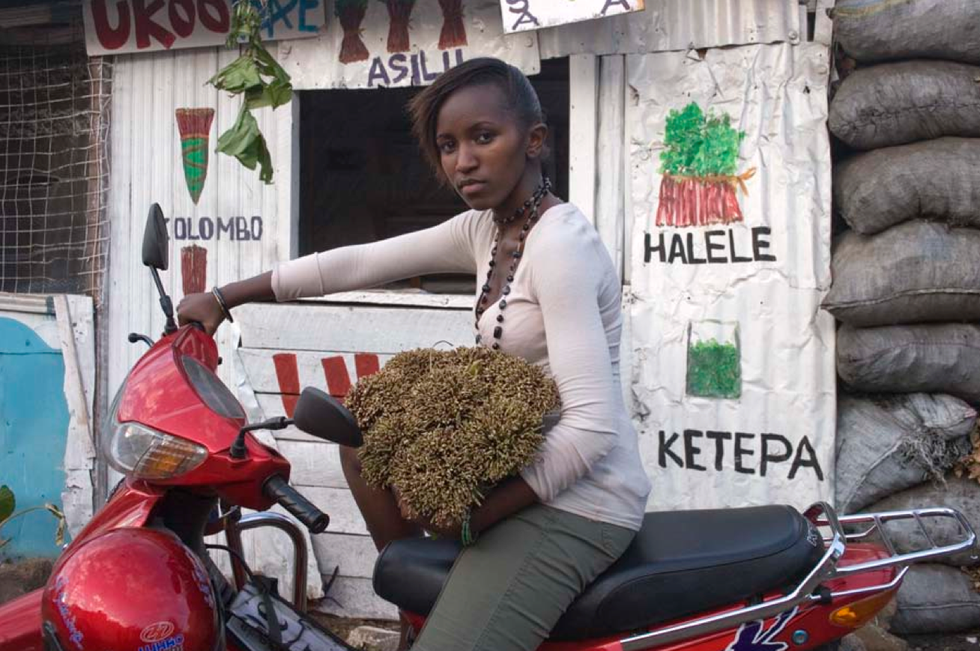 Khat like many street drugs has a variation of names, and in Nairobi it is generally known as miraa (mi~rah) or ngomba (ngo~mba). In Kenya the leaf is legal and is readily available. It stimulates the user with a feeling of alertness and well-being. Some have described it as a feeling similar to that of coffee and others more to cocaine. Khat comes from the leaves and stems of a shrub and is delivered to waiting city vendors on speeding pick up trucks. The vendors sell their products from vibanda (vee~banda) or kiosks that advertise their products through paintings. Even though the substance brings in millions worth of revenue, mainly to farming cartels, khat remains untaxed by the Kenyan government. Kenya and Ethiopia rely on Khat as a major crop to fortify their economies and in the latter country it is said to be the second largest export behind coffee.

Also known as “African Salad,” miraa is traditionally shunned by upper levels of society though today users are found across the board. In Kenya half a kilo or a kilo of the shrub may be sold from as little as $4 to as much as $30 during the dry season or a drought. Social repercussions arise when the bread winner of a house spends their earnings on the shrub. The USA has seen operations such as “Operation Somali Express” cracking down on imports of the drug from the horn of Africa. The slideshow below chronicles Khat on the streets of Nairobi, Kenya by KuFocus Photography.