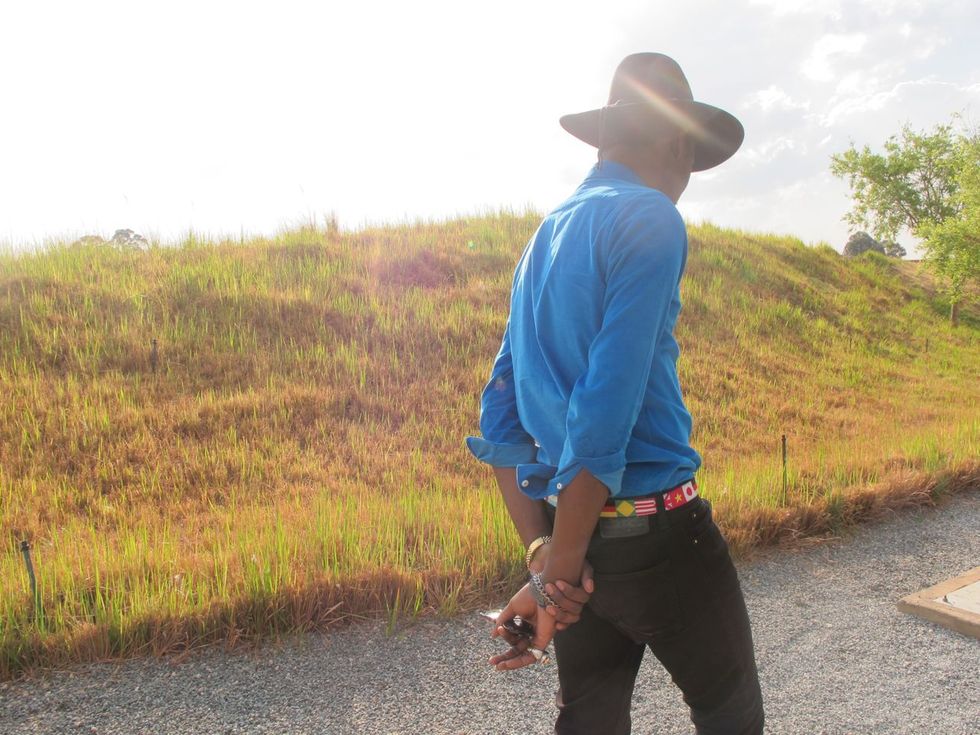 Last week Theophilus Londonperformed two shows in Johannesburg, South Africa. London took a whole posse with him to the continent including music video director Vashtie. In the photo above, London and Vashtie pose at the Apartheid Museumin Johannesburg.

View photos and anecdotes from their journey on Vashtie's blog. We couldn't help but notice these dope Baba Tunde hats they found by Joburg designer Gareth Cowden. (via Vashtie)