Phyno Hits The Streets In 'Alobam' 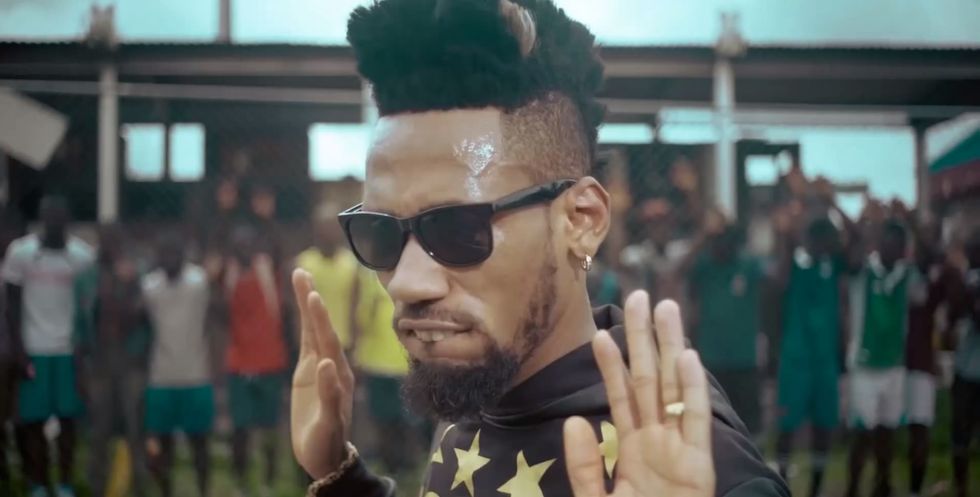 Nigerian rapper, Phyno has released a new music video for 'Alobam' off his debut album 'No Guts, No Glory'

Since earning a spot on our Top Ten Nigerian songs of 2013 list, Phyno has been busy making waves with the release of  his debut album No Guts No Glory. Now, the "Man of The Year" is gunning for the top spot with the visuals for this hard-hitting buddy anthem. In the Major Bangz produced "Alobam"— which is Igbo slang for “my guy" — Phyno reminds fans that he's one to watch, while also paying tribute to many of his industry peers including Ice Prince, Flavour, P-Square, Olamide and J Martins. The vibrant video was directed by Clarence Peters (creative visionary behind the videos for Burna Boy's "Yawa Dey" and P-Square’s "Personally") and showcases the mohawk-sporting rapper’s distinctive style as he establishes himself as a man of the people against several colorful backdrops in different cities across Nigeria. "Alobam" is off Phyno’s debut effort No Guts No Glory (peep the #NGNG hashtag throughout the clip below), which is available on iTunes now.