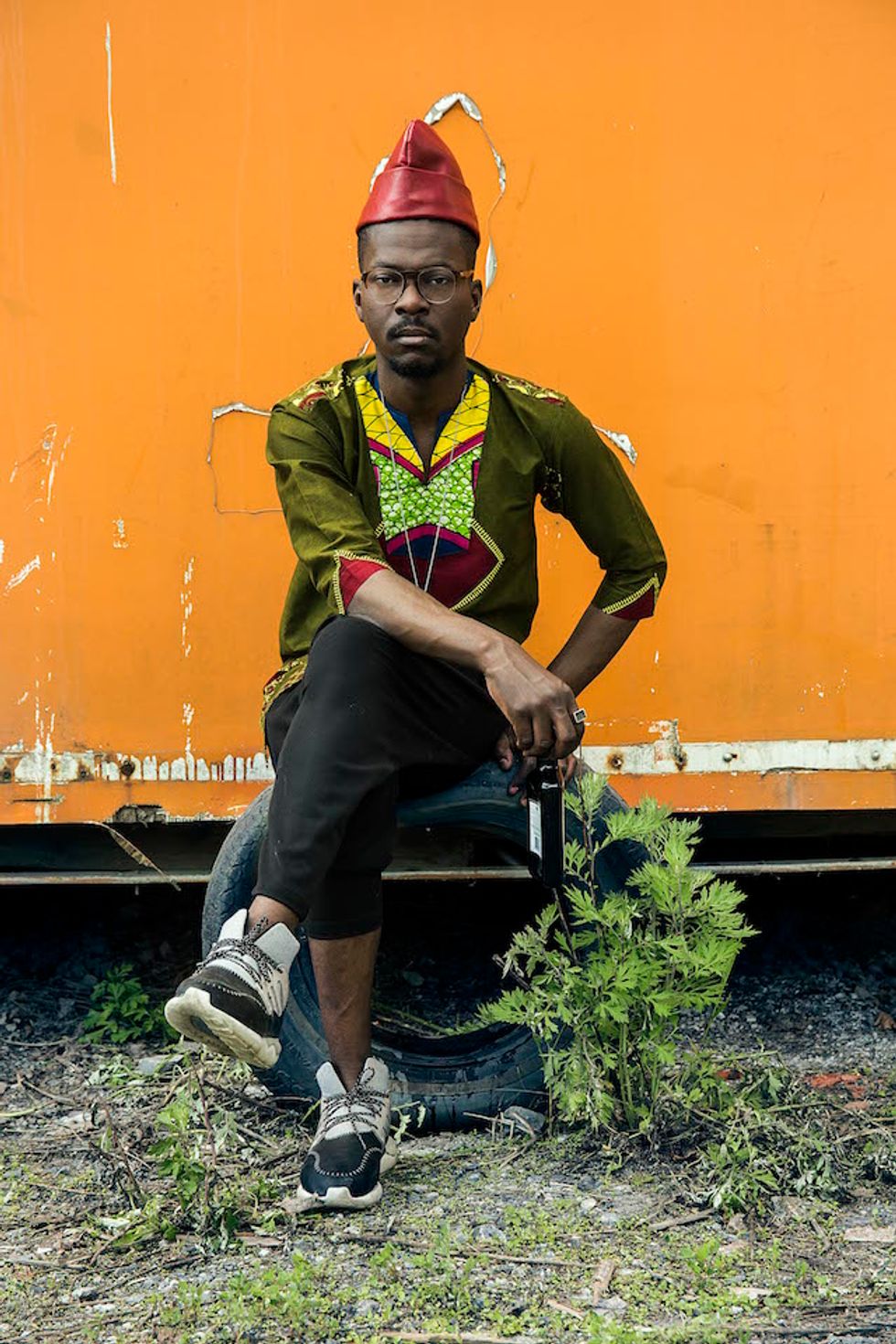 Quebec-based Congolese artist Pierre Kwenders talks to us about his recycled footage video for "Sorry" and his Congolese rumba influences.

Congolese artist Pierre Kwenders landed on our radar with last year's Le Dernier Empereur Bantou, an album that crafted electropop songs out of elements of Congolese rumba (or soukous) and modern beat programming — and earned Kwenders a Juno Awards nomination. In the video for his latest single "Sorry," the Quebec-based songwriter pays tribute to the pioneers of Congolese rumba with a recycled footage collage made up of performance videos from Tabu Ley Rochereau, Franco Luambo Makiadi, TPOK Jazz, Sam Mangwana and others. The lyric video, co-directed by NOMAD, is a pretty fitting reflection of Kwenders' varied, distorted, and contemporary reinterpretation of the sounds of those DRC legends through his own artistic lens. We spoke with Pierre Kwenders via e-mail to discuss the background of "Sorry" and his Congolese influences. Read our short interview and watch the music video for "Sorry," premiering below.

Okayafrica: According to your press release, "Sorry" is inspired by a church song that you used to sing when you were in a choir. Can you expand on that?

Pierre Kwenders: At church we used to sing this song which was about asking for God's forgiveness - singing to wash away our sins essentially. In my song, "Sorry," forgiveness is being sought out in a romantic context. This song refers to the idea that sometimes we just need to accept the mistakes we make, seek forgiveness, and learn to forgive.

OKA: Tell us about the music video for the single and the recycled footage in it.

PK: I wanted to pay homage to the legends of Congolese rumba, dead or alive. I've always had this fantasy of seeing them singing my songs. This sort of makes it happen. A dream come true maybe.

OKA: What would you say are the Congolese influences on your sound?

PK: I’ve always been exposed to a lot of Congolese Rumba — a lot of Koffi Olomide, Franco and etc. I can't really put my finger on which aspect of this music influences the music I make today because it is very much a natural part of me. Whenever I approach a new song I think that I subconsciously recreate or borrow from that aesthetic, because I’ve had a strong relationship with it my whole life.

OKA: How do you pair those influences with the more modern electronic and pop beatwork in your songs?

PK: I think that all of the musicians that I admire the most have survived generations by adapting and by reinventing. My generation is heavily influenced by electronic music, so fusing both Afro and electro sounds brings a new element to both genres, subsequently bringing a larger audience.

OKA: You've worked with fellow Montreal-resident Samito. Do you find Montreal and Quebec have a growing afro-electronic scene

PK: Without a doubt. There is definitely something brewing within the Afro music scene in Montreal. It's become more and more common to hear songs with African origins such as Wizkid or Fantasma in the nightclubs. The solidarity between singers and DJs that share the scene here is incredible. I have to tip my hat to DJ Windows 98 [Arcade Fire's Win Butler] and Poirier who have both given me the opportunity to contribute to such an exciting music scene in Montreal. It feels great to be a part of something like this.