Pokémonning While Black and Boobed in Joburg CBD 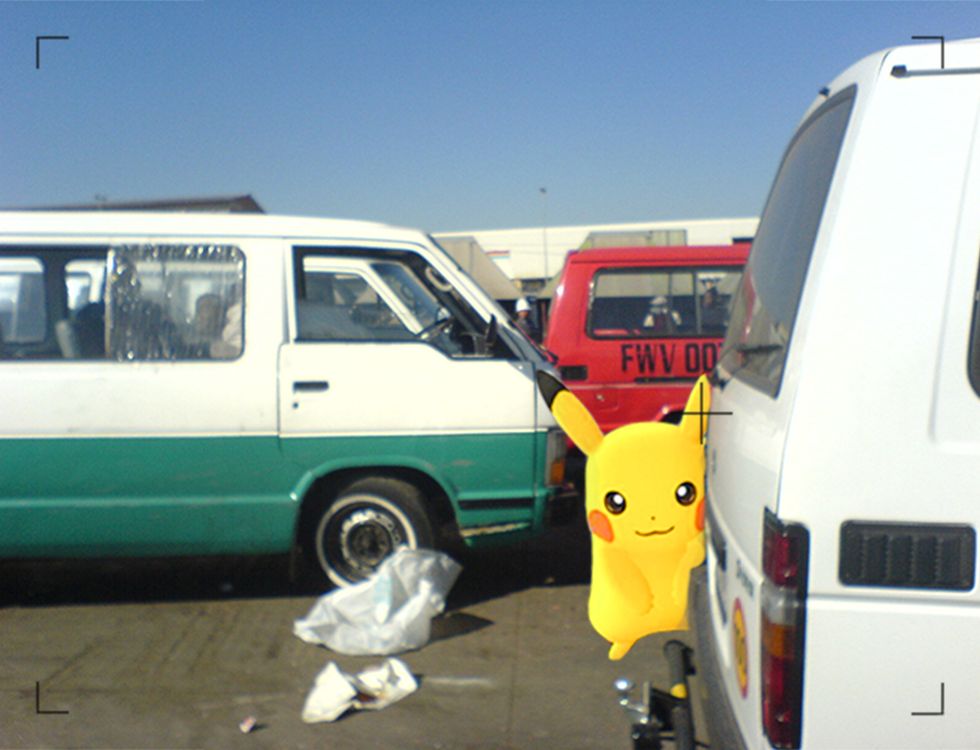 Pokémon GO will be a disaster if and when it comes to Johannesburg CBD.

My sorrow began on Tumblr when I started seeing the #PokemonGO hashtag everywhere. I’ve been a Pokémon fan since it first aired on eTV and the theme song is one of my top ten hits of all time. So when I found out there was a new game out, I needed to have it asaptually. But the app store came up empty.

I was losing my mind quietly at my office desk going through shady options of how to download it onto my iPhone on the sly. Of course South Africa wouldn’t have it yet. We didn’t even get the Lemonade tour.

So then I began living vicariously through the internet. I inhaled every article, thinkpiece and blog post till I knew enough to prepare for when the game does finally drop on the app store. I started visualising myself walking around my neighbourhood collecting my favourite Pokémons. That’s when I experienced a slight glitch.

I live in Joburg CBD.

A well-known criminal hotspot where you can easily fall prey to most kinds of swindling, skulduggery and shitty situations.

I’ve managed to master living in the CBD by knowing which streets to stay clear of and which hours to play safely in. The border between Marshalltown and Jeppestown is still a grey area where I try to keep my wits about me. The GPS won’t pick up that there are Nyaope addicts shooting up in the streets of the grey area. Just a quick drive around the neighbourhood will show you no Pokémon is worth stepping onto any of those curbs. Also, being a woman means that the streets where there are a few taverns in a row is one I know to avoid.

Needless to say, getting your phone snatched might be the nicest thing to happen to you.

How would the game creators integrate the game well enough to not get me mugged while searching for my first Pokémon?

And then the articles began to pour in.

"Amid frenzy, Pokemon Go leads to robberies and injuries”

This was hardly a shocker, any criminal with his wits about him (or her) would see this for the golden stream of opportunity that it is. Just hang around a Pokémon and the phones will come to you.

I watched the promo video…the idyllic suburban chase, Times Square, a family hiking in the mountains.

“It’s pretty cool because you get to walk around and enjoy Nebraska and what it’s all about and catch Pokemon like you're a real Pokemon trainer,” said an American guy named Chris Vong. Not really Chris.

Erm, how do I fit in three taxi ranks, a couple of druggy streets and the corner workplaces where prostitutes conduct their business when searching for Dragonite?

I can already see myself pleading with the queue marshall at the taxi rank to let me on the taxi quickly just so I can catch the Raticate in the backseat.

I’ll have to keep small loose notes to give security guards “cooldrink money” and smooth my way into the apartment building’s lobby where Squirtle is hiding.

I really hope they have an updated list of landmarks because some of Joburg’s past gems have become decrepit hijacked buildings where people squat and live in squalor.

But if they haven’t, imagine a group of black hipsters forcing themselves to stay for at least five minutes before running off shrieking because the game had made a building on End Street a gym.

I think this game will actually force me to buy pepper spray. Being a woman in this city means never feeling safe in any case. I try not to speak to people when walking from one destination to the next. I try not to linger anywhere for too long. I never pull out my phone. I “act natural” when I’m scared shitless.

But I’m sure the allure of a high-level Pokémon will have me throwing aside my fears of being robbed and raped.

Police in the U.S. warned players to be vigilant when using smartphones and other mobile devices to search for characters in the game. Others suggested a buddy system. But let’s be honest, if there’s one Pokémon and five of us, that may be a whole safety hazard of its own.

I don’t want to end up phoneless and friendless in CBD.

Pokémon GO in Joburg CBD doesn’t sound so fun after all.

Lerato Mbangeni is a young black South African journalist with a thrilling love for the arts and an affinity for thrifting in dingy parts of Joburg. Keep up with her on Twitter @leratombangeni and at her blog, S’Godi Glam.