Black Alumni of South Africa, It’s Time We Stand for Change at Our Former Schools 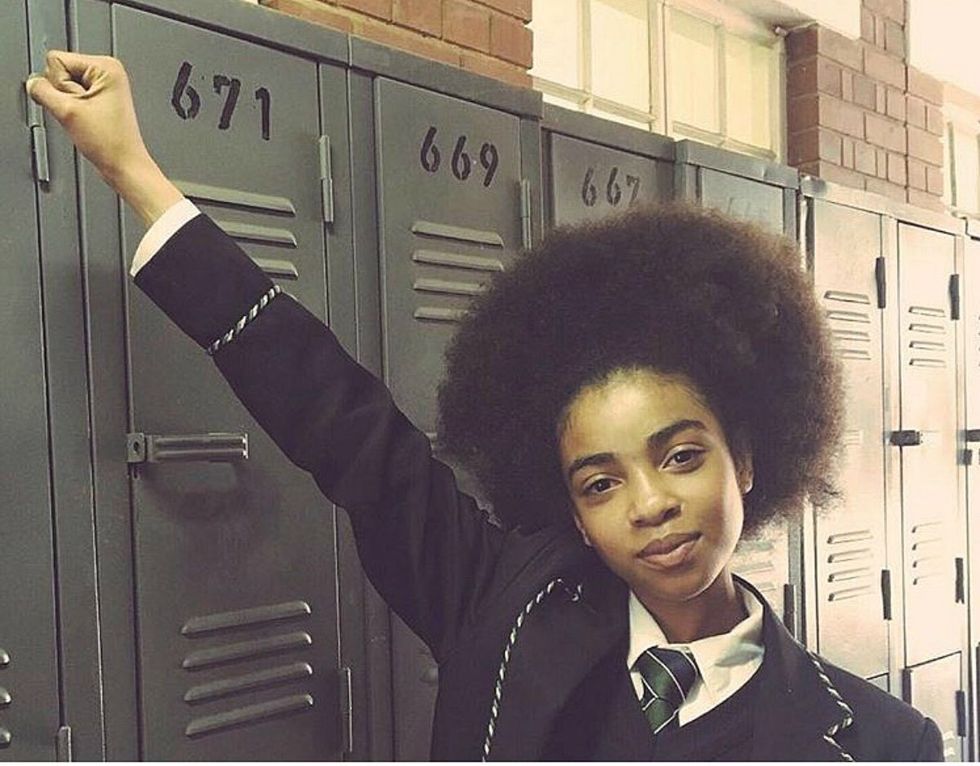 On Sunday night, I was casually scrolling through my Twitter feed when I saw the picture that has since reverberated across the country. The picture was of 13-year-old Zulaikha Patel with her arms in a defiant cross in the air, framed by her massive, beautiful afro.

From the moment I saw that picture, and the protests at Pretoria Girls High, I knew it was not just about the black students’ right to wear their hair the way it naturally grows out of their heads. It was about the institutional racism that permeates model C schools and suffocates the black children caught in those spaces every day. It was a battle I knew all too well. One that I fought for over a decade.

I spent the first five years of my schooling at a model C school in Sandton, Johannesburg, and continued up to matric at an elite private girls’ school in Parktown. Over the years I was subjected to rules that forbade wearing my natural hair; I watched my fellow black classmates get detention for speaking to one another in their home languages; and I felt my Blackness undermined. Constantly. These schools instilled in me a deep sense of insecurity.

Meet Zulaikha Patel? her inspiring act of bravery for a 13 year old was immense .

My Blackness was degraded on a daily basis through insidious throw-away phrases like “this is not Soweto” when us black girls made too much noise, or through my white classmates putting on a “blaccent” whenever they were pretending to be poor or ignorant for a humorous effect. It was degraded in bigger ways too, such as a teacher defending colonialism and saying those who were against it were “absurd.” Or a group of black pupils, using the library the same way white students did, being kicked out for making it look “untidy.”

So, when Patel’s picture came out, I felt two things. The first was a deep sense of understanding of the situation she finds herself in. The second was a deep sense of shame. Over the past few days, many have already commented that we should not be romanticising the protest action. Instead, we should be outraged that little girls are having to fight a battle that should have been fought 22 years ago––and if not 22 years ago, then it should have been fought by us.

The feels. The chills. School girls threatened with arrest. And how they respond ✊? #StopRacismAtPretoriaGirlsHigh pic.twitter.com/DNr1lhpiN4

The young girls of Pretoria High only have so much power as students. Already, the girls involved in the protests have been accused of being disruptive, undisciplined, caring more about fashion than schooling, among other accusations from the very vocal naysayers of the protest action. What the backlash from their peers and critics around the country could be doing to their self-esteem is something we have yet to discover.

As black alumni, we have a particular form of power to support the girls protesting racism at South Africa's model C and private schools, especially considering our schools are always asking us for donations. We have the institutional knowledge that current pupils may not have. As adults, we're in a far better position to deal with the backlash of a protest campaign than a group of 13 to 14-year-old girls still dealing with the emotional turmoil of puberty.

These conversations are already starting to be had by black alumni, and I hope the protests will encourage more of us to take a good hard look at our high schools. If we wish to see an end to institutional racism in our country and move forward from the injustices of the past then we as black alumni must begin by going back to our schools.

Naledi Refilwe Mashishi is a third year journalism and politics student at Rhodes University. She is originally from Johannesburg and now writes primarily for her blog, The Plastic Black Girl.