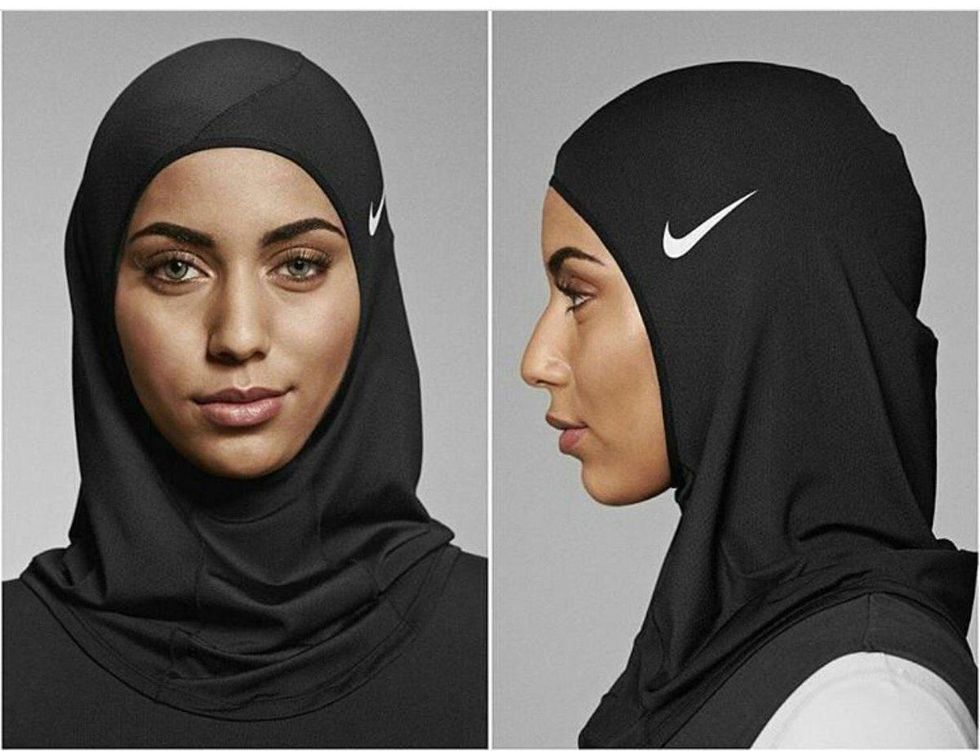 Nike announced on Tuesday, that it will be releasing a new performance hijab for Muslim athletes.

Last year at the Olympics, Egypt's beach volleyball team made history as they became the first Egyptian team to participate in the competition since it began in 1966, and the first to compete in the game in full sleeves and hijab.

Athletic wear for women who wear hijab is expanding, as sports retailer, Nike, announced on Tuesday, that it will be releasing the "Pro Hijab," a sportswear version of the hijab, that they hope will "inspire more women and girls in the Middle East, who face barriers and limited access to sport."

According to the company, the new athletic gear was tested by Muslim athletes from a range of sports. This helped determine the right fabric and style for the "Pro Hijab." Nike says that the line will feature adjustable and breathable designs that "will come in dark neutral colors, at the request of the athletes, with the Nike Swoosh coming above the left ear to showcase the hijab's pinnacle performance nature."

Nike set to launch ‘Pro Hijab’ https://t.co/KHGOqBV0xg Part of me says YAY, the other part says, a logo on my head? Plus, is it cute enough? pic.twitter.com/ctyUSrznYQ

In order to assure that the design met "cultural variances," the sports company reportedly reached out to community advocates from various countries for direction on how to make the design accomidating to various styles of hijab.

"The Nike Pro Hijab has been a year in the making," says the company in a press release. "But its impetus can be traced much further back to Nike's founding mission, to serve athletes, with the signature addendum: If you have a body, you're an athlete."