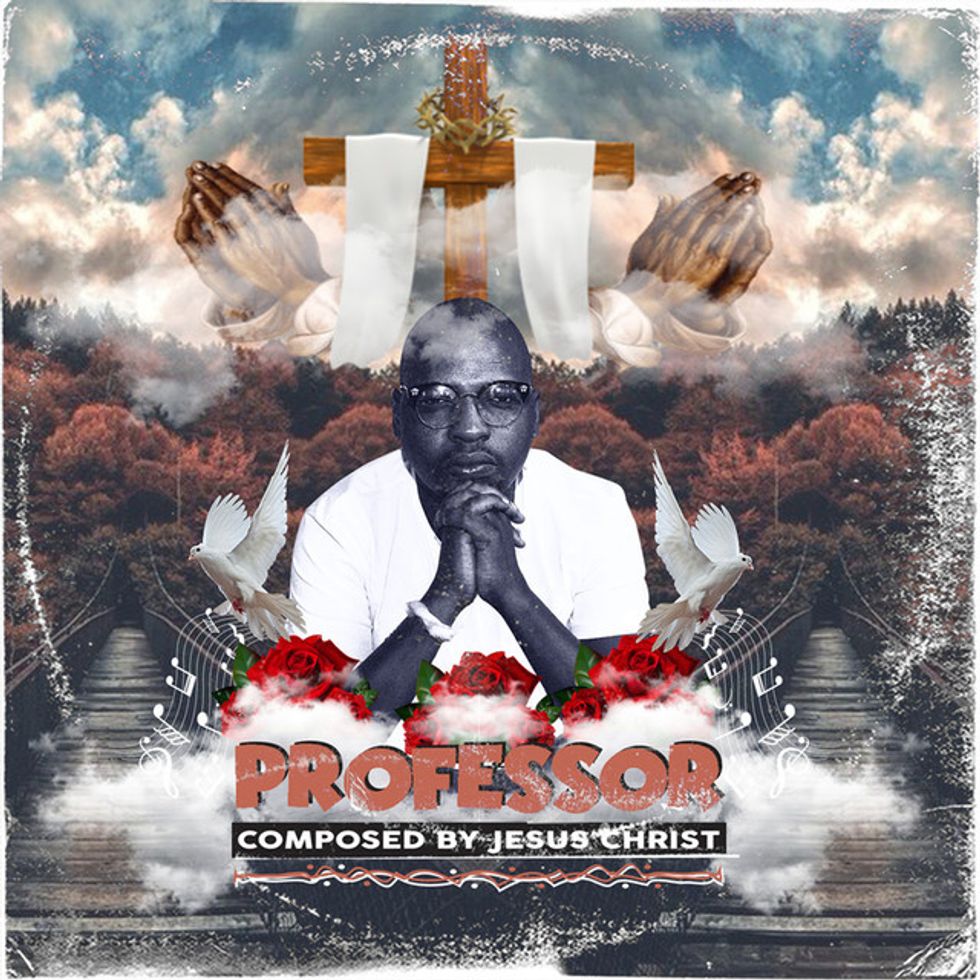 Professor's tales of partying and relationships were Composed by Jesus Christ.

Save for "Sthunywa," which touches a bit on religion, Professor is still as we've grown to know him throughout the album. He tells tales of partying, debauchery and relationships over typical Durban kwaito production featuring lean bass lines, skittering drums and an assortment of synths. And there are those chants from female voices who are usually not credited.

Right after declaring his affinity to Jesus Christ on the intro, Professor jumps straight into a song about partying without losing morals. "Morals," which features Speedy and Emza, sets the tone for a great kwaito album that has enough bangers to keep you on the dance floor for the rest of the year.

Most of Composed By Jesus is monolithic. But the song "States" has a nostalgic old school kwaito feel by way of a heavy bassline. It's definitely one of the best songs on the album—and this is an impressive album full of good tracks.

Professor is known for unorthodox features that one wouldn't expect on a kwaito album. In his last two records, The Orientation (2012) and University of Kalawa Since 1994 (2014), he has worked with the likes of Ray Phiri, Avante and Freddie Gwala among others.

On Composed By Jesus Christ, look out for appearances from OGs such as Dan Tshanda, Thebe and Joe Nina and OSKIDO alongside current stars–the likes of K.O., Cassper Nyovest, Mpumi, Uhuru, AB Crazy, Character, and more.

The album's themes revolve around merrymaking ("Morals," "Professor," "Birthday") and relationships ("Troubled Man," "Brand New," "Banamanga," "Can't Get Away"). Professor makes sure every guest featured assists in completing each song, either thematically or by lending dynamic vocal skills.

This will definitely be another big year for the Durban-born Kalawa Jazzmee signee.