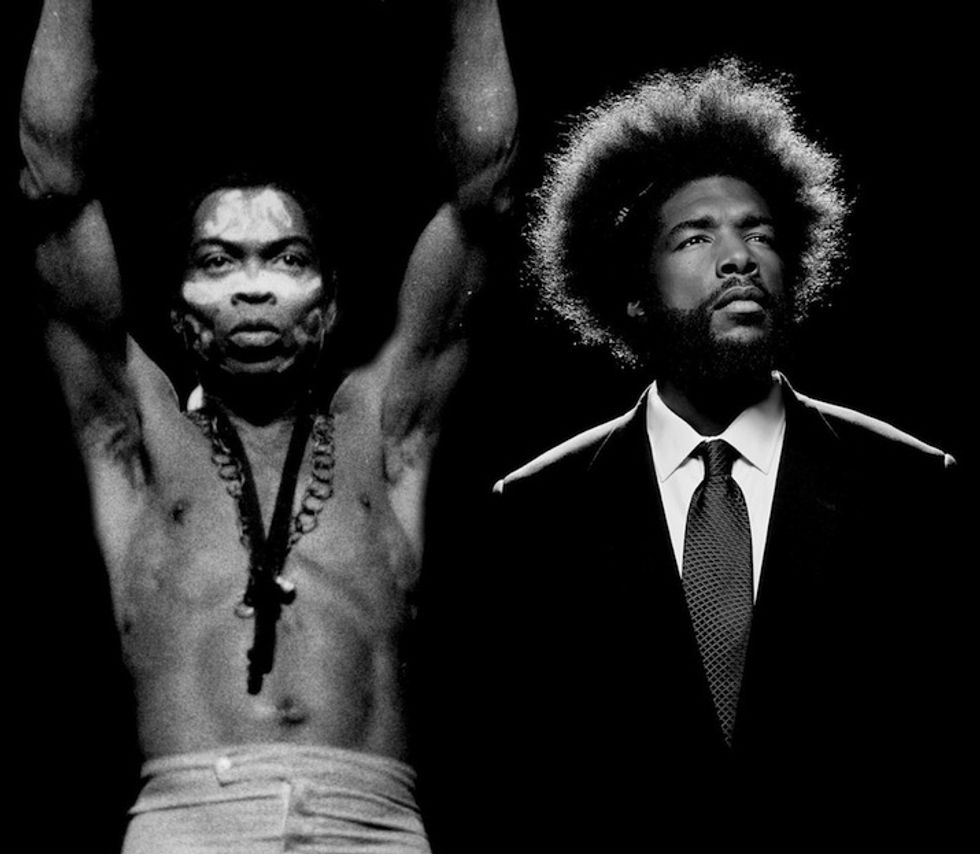 If you caught Finding Fela on the big screen you'll remember seeing Questlove's insights on Fela Kuti's message and the uncompromising political stance behind his work. Though limited to a short clip in the feature film, we've unearthed full footage of the interview which has Quest telling the stories of how he came across Fela's music in Santigold's jeep, the boldness of the afrobeat legend's compositions, and how he got a morning phone call from Jay Z after an early showing of the Fela! musical. "He clearly had the ear and the adoration of the people," Quest states. "To use this time & time again, and to get thrown in jail every time a single comes out. I mean, I have 16 records and can't imagine that I might have to go to jail for every time my album comes out. Not many people are willing to suffer for their craft." Finding Fela is currently showing in 30-plus theaters across North America. Watch the Okayafrica TV exclusive of Questlove's extended interview from the film below.

Boulder, CO, Boedecker Theater in the Dairy Center for the Arts (September 3-6)