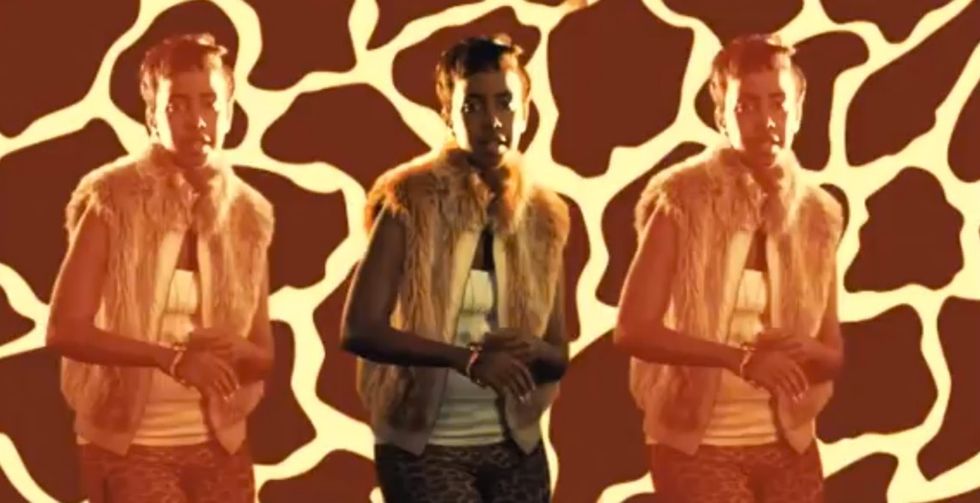 One-time music vid collaborator with the Lonely Island's Jorma Taccone, Kenyan heavyweight Rabbit (aka Kaka Sungura) has linked up with South African Motswako rap-king Hip Hop Pantsula and Nairobi-based alt-MC Wangechi on the hand-clapping R&B burner "Tulia Tu." The feel good club hit (we anticipate) is joined by a stream of lo-fi visuals that blend as seamlessly as the song's transitions from English to Swahili. This latest glimpse of Wangechi is further evidence on the heels of an ambitious promo project that the young Kenyan poetess is one to keep tabs on. Look out for Wangechi's age-inspired debut record Art 19 later this year. In the meantime, catch Wangechi along with Rabbit and HHP in the Enos Olik-directed "Tulia Tu" below.