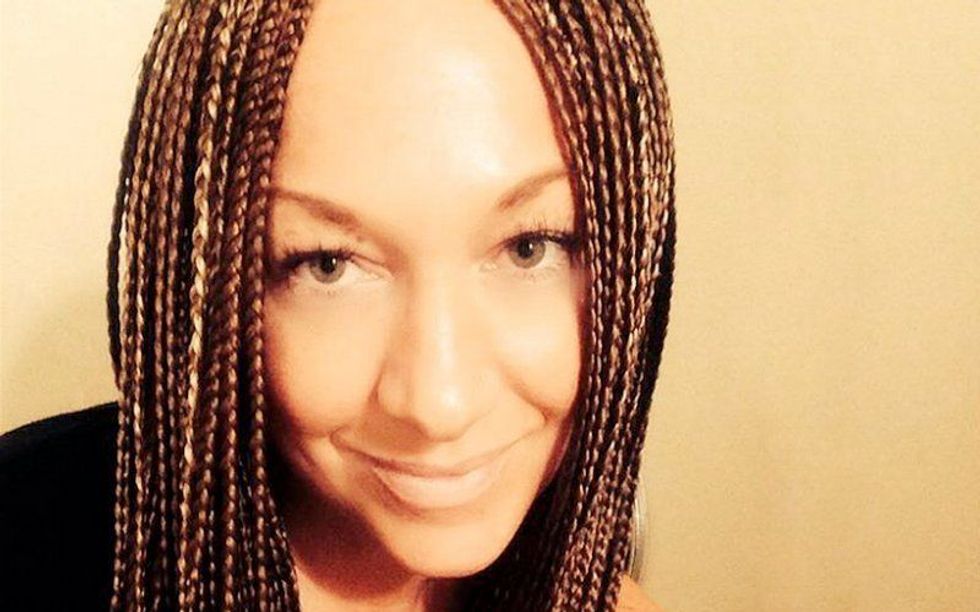 In yet another attempt to affirm her "blackness," transracial troll aka, Rachel Dolezal, has legally given herself a "West African" name.

Rachel Dolezal is officially the troll of the century.

Since she can't seem to go a week without doing or saying something completely out of fucking pocket, the transracial advocate decided to grant herself a new name.

According to Daily Mail, she has legally changed her name to  Nkechi Amare Diallo.

That is correct. The counterfeit black woman has now adopted a counterfeit "West African" name, which she seems to have picked out from a book entitled "How to Fail at Life and Get Black People to Never Fuck With You."

Nkechi is an Igbo name short for Nkechinyere that means "gift of God," which given its meaning, is clearly not the name that God intended for her.

Diallo, is a Fulani surname, meaning "bold"—which, I guess I'll let her have considering how damn brave this woman is to think she can just adopt whichever "Pan-West African" name she pleases.

She is currently being "bodied" by folks on Twitter, because that's what her ass gets.

my first thought upon hearing this 'news'? pic.twitter.com/PfFa0CHjwF

I don't know how many different ways black people can tell this woman that she WILL NEVER PROSPER. But, who knows, maybe if we say it in Igbo or Fulani, homegirl will understand.

Rachel Dolezal really changed her name to Nkechi. The Igbo delegation denounces and rejects her.