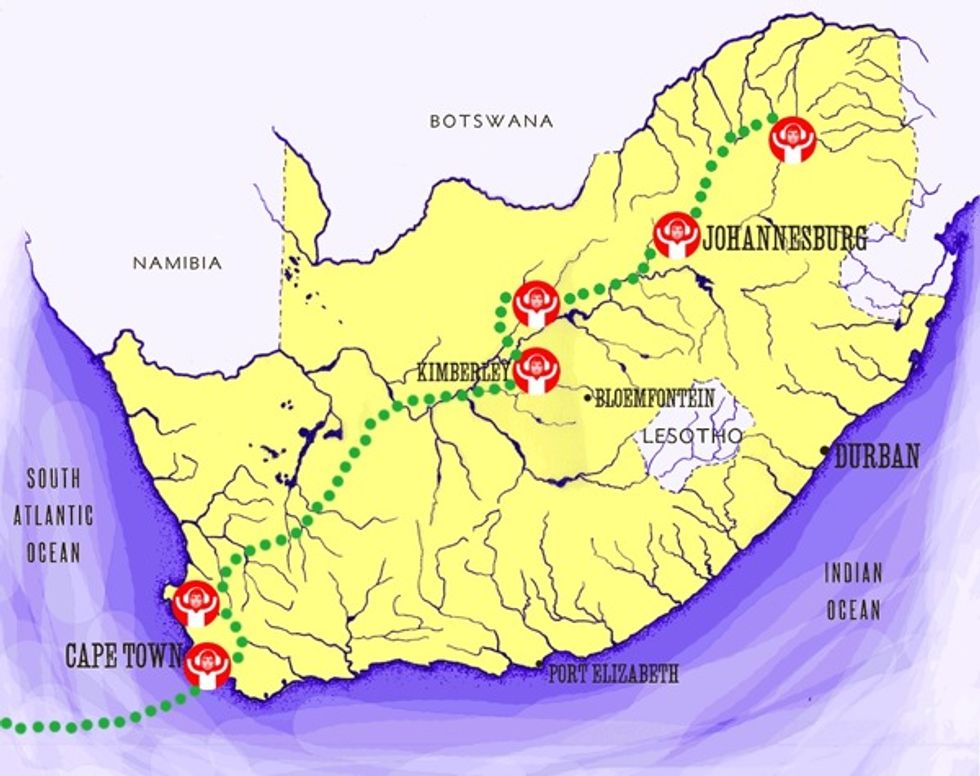 Radiohead bassist Colin Greenwood has been stationed in South Africa for the past weeks as a "Global Ambassador" of Children's Radio Foundation — an organization that pairs radio stations with youth organizations to create a space where "young people [can] speak about their concerns and reach out... about the issues they face." Greenwood's been keeping a blog about his day-to-days, which is mostly radio-talk but is also peppered with anecdotes about things like drinking ginger beer and some of the young reporters' take on Radiohead (they like the old stuff better). Watch a video highlighting a young reporter from the Northern Cape, as well as one of Greenwood visiting Khayelitsha, Cape Town below.