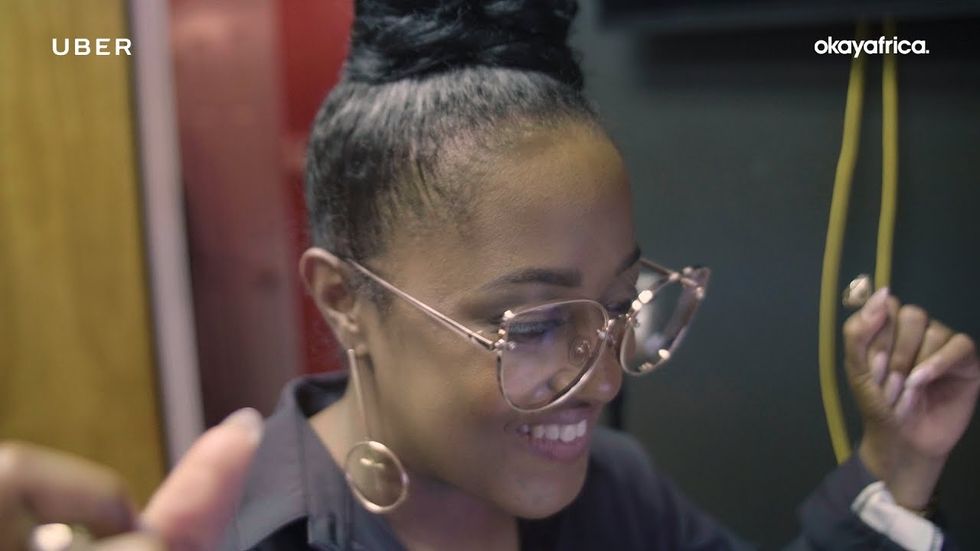 We went to the MC's studio in North Carolina to see her creative process firsthand and talk about what community means to her.

Driving Forces is a video series profiling young creative people who are empowering their communities. We've partnered with Uber to highlight the stories of influential women whose work brings underrepresented voices to the front. Read more about how Uber is supporting women in the workplace here.

For Rapsody, being a gifted lyricist is a great responsibility.

"We live in a time when words aren't as important," she says. This is something the North Carolina rapper is intent on changing. From the start her music has put wordplay front and center, beginning with an interest in poetry which became an interest in song lyrics. As a child, she would take the booklets out of CD cases to read the words inside.

We went to visit the dynamic MC at her studio in Snow Hill, North Carolina where her positive energy and sense of humor took center stage.

Tied to her crusade to bring lyricism back is her desire to acknowledge the women that raised her—a rich legacy that she's trying to carry on to the next generation. Her acclaimed 2017 album, Laila's Wisdom, was named after her grandma Laila. "It connects to my grandmother, my mom, all the women in my life," she says. "I want my music to sound like classy black women."

Her debut studio album Idea Beautiful was heavily shaped by her travels to South Africa. The cover was shot there. The two girls on the cover are from Soweto—a place she felt at home. It was connecting with the girls as a role model that she reminded her of the power of music and words.

"You have a responsibility that's bigger than yourself," she says. "You can be born naturally talented but to be great you need to infuse some work ethic into it you know?"

Just as Rapsody feels a responsibility to the women and girls in her life, Uber is working to build communities for women within its company. "Women of Uber" is the name of an initiative that promotes the advancement of women in the company, accelerating professional development, and partnering across the company to attract & retain top talent—a major step toward increasing the representation of women in leadership roles at Uber globally.

The progress of Rapsody's career is evident in a studio full of production equipment, art—the things necessary for sustaining a creative life. When she's recording, she says, she basically lives in the studio until the project is done.

"I remember when we moved into this studio we didn't have anything but two beanbags and this desk. And now we've got plaques and Grammy awards. Just to see the journey and growth I'm super proud."