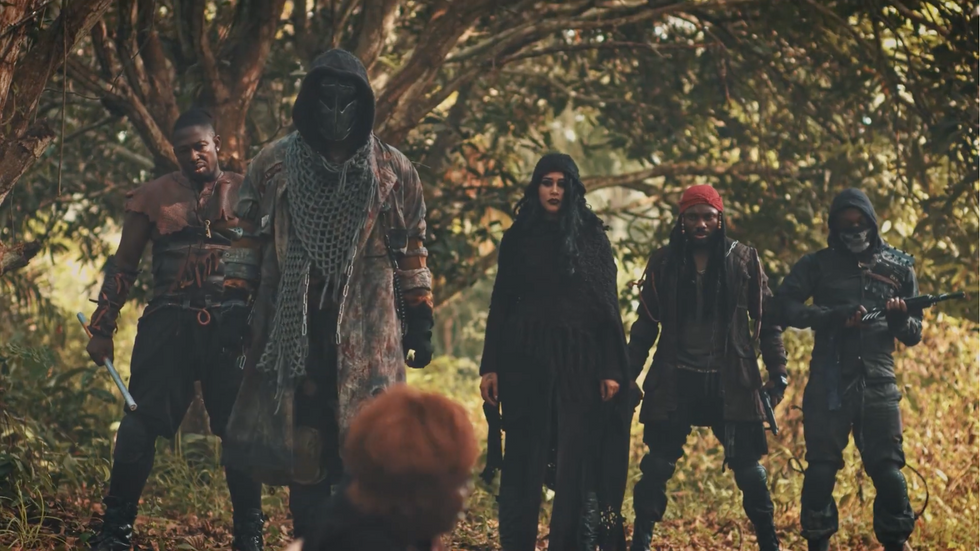 A film 2 years in the making is yet another cinematic moment contributing to the growing diversity of subgenres in the Nollywood industry.

Ratnik is a dystopian action film from Nigerian filmmaker Dimeji Ajibola his production company Flipsyde Studios. The teaser recently dropped this month ahead of the official trailer—and from this 1-minute clip we're anticipating suspense, explosions, peculiar superhero characters and impressive vfx that we're seeing more of in Nigerian films.

Get into the teaser below.

As Konbini notes, we get a glimpse of a few of the star-studded cast members of Ratnik, featuring Bolanle Ninalowo, Osas Ighodaro, Meg Otanwa, Karibi Fubara, Ani Iyohoand Adunni Ade.

"From the moment I read the first scene I said to myself, 'How the hell can anyone achieve this in Nigeria?'" Ninalowo says in a recap clip about his experience shooting the film. "The shots are ridiculous, the locations are out of this world—I mean, this is Hollywood in Nollywood."

After watching this clip, what we're to expect in Ratnik will indeed be unique compared to the go-to romcom formula that's proven to be lucrative in Nollywood. But for now, we'll have to exercise a bit more patience to get a better sense of the plot of the film, as well as its release date.