Somali-American Songwriter Rayzak Details The Immigrant Experience In 'The Garden' 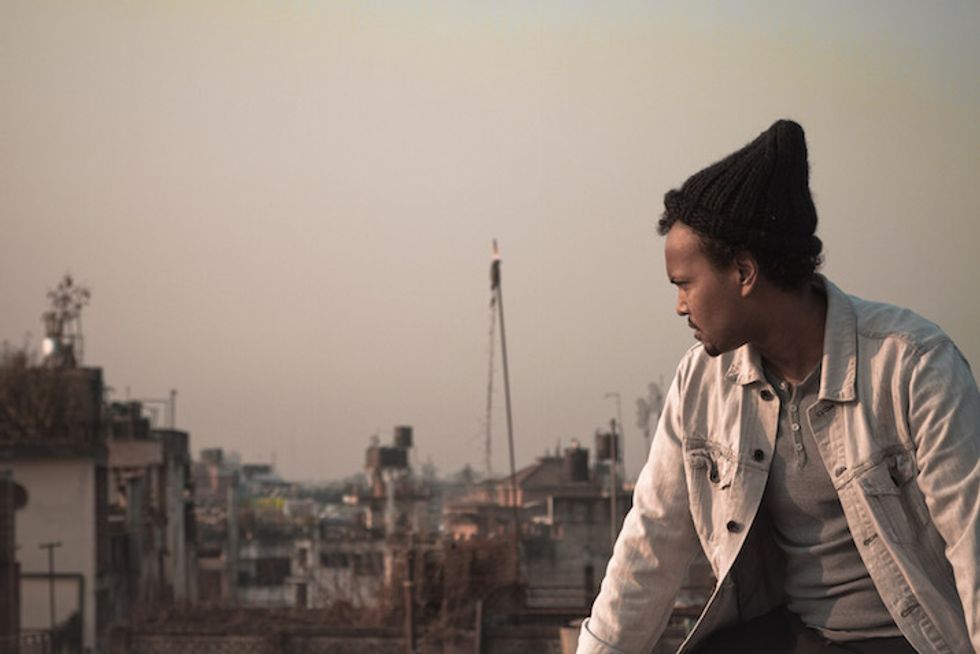 Rayzak was born into a musical family in northwestern Somalia and moved to the United States at the early age of 9, before the outbreak of the Somali Civil War, where he lived across Texas, Kansas, and Ohio. This constant state of motion is the main influence behind his debut Born In Transit EP, which consists of 7 tracks that thread traditional Somali music through a contemporary pop and blues frame, and see Rayzak stepping out into the limelight after touring the globe alongside close friend and collaborator K'naan. Stream our premiere of Rayzak's "The Garden," the lead single off his upcoming EP, and read our interview with the Somali-American songwriter below. "The Garden" is available now on iTunes.

Okayafrica: Tell us about your Born In Transit EP. What was the inspiration behind it? When did you start writing it?

Rayzak: My upcoming EP, called Born in Transit was inspired by my musical experiences from my childhood up until now. What influenced me most while growing up was a compilation of music from East Africa as well as North America; whether it was Motown or Blues and Somali Music, my early exposure to music was from traditional Somali music and Somali plays.

OKA: What are the Somali influences on your songwriting? How do you reconcile them with the influences you've picked up living across the US?

R: What really blends the two cultures together are the melodies I’ve picked up from both cultures. Many melodies come from traditional Somali music. I merged the two and they seemed to work together. My love for Motown and Blues made it easy to blend the two because to me, they are melodically similar.

OKA: The songs on the new EP present several different immigrant stories. Are they all stories you've lived or seen yourself?

R: Yes, they’re experiences that I have either experienced myself or by people who I know very well.

OKA: Gives us a little background on "The Garden." What was the inspiration behind the song?

R: "The Garden" was inspired by the time I spent in different North American communities where Somalis now live. Hearing their stories, I noticed that they all shared a common theme of young kids gravitating to the new culture and the parents were struggling to understand the new culture yet trying to coexist with the differences at home. I found it interesting how it came full circle for me, in my experience here. It’s not only the Somali immigrant story but it really applies to any immigrant story. It’s that balance of having to adapt to a new place, making it home, while dealing with the issues that come along with it…All while keeping the integrity of ones’ roots and culture.

OKA: If you could name three artists that influenced you the most on this EP, who would they be?

R: A big part of what inspired me for this EP were the same people who inspired me to do music in general. I credit a group of artists called Wabbari; they do plays and they sing. In Somali culture there are different groups that fall under one umbrella of arts, they can do theater and songs and they collaborate from different regions in the country. But if I had to name individual artists who’ve influenced me most, they would have to be: Stevie Wonder, Mohamed Wardi, Miriam Makeba, and B.B King.

Catch Rayzak playing live at the Harbourfront Centre in Toronto on July 10. "The Garden" is available now on iTunes.