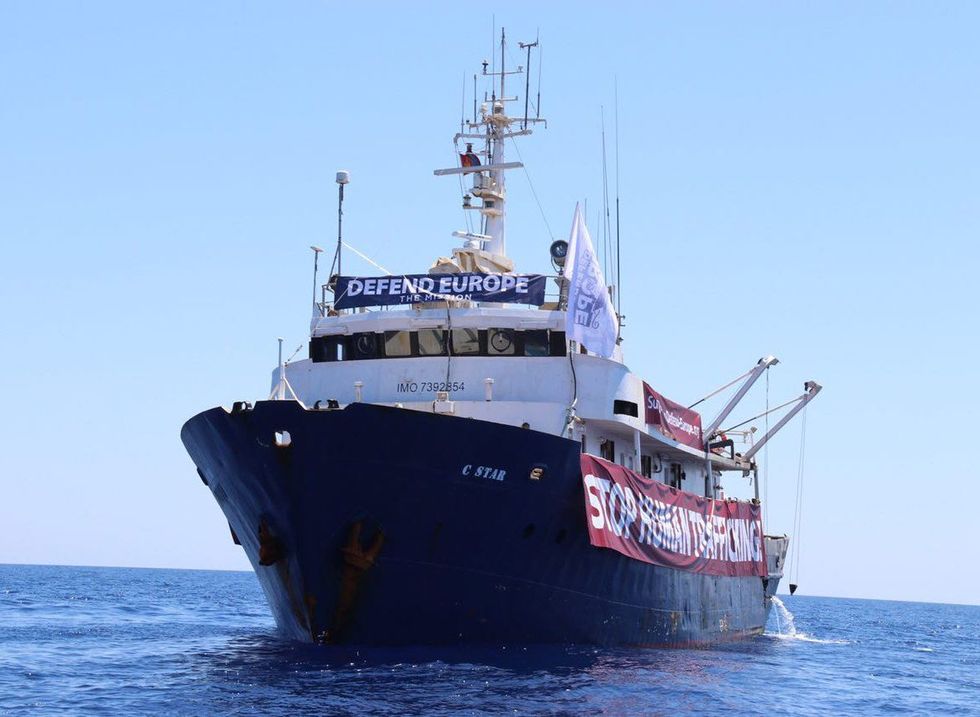 The strange saga of Defend Europe's janky anti immigrant ship the C-Star and those who would try to save them.

Yesterday we posted a video of African immigrants arriving on a crowded Spanish beach as bathers looked on. Today we bring you somewhat more bizarre news.

The C-Star, a boat full of bigots and paranoiacs sailing under the banner of "Defend Europe" ran into technical difficulties in Libyan waters last night and sent out a call for help. Earlier it was widely reported that a migrant rescue boat, run by a German charity, had been sent to help but recent reports have the xenophobic seamen refusing help.

It's been a right of passage for some on the far-right lately, to join expeditions meant to humiliate and harass migrants attempting to cross the Mediterranean in search of economic opportunities and for safety.

According to the Telegraph, the imperiled group of far-right boaters see the Mediterannean routes as part of an "invasion" and despite more than 2400 migrants drownings in the area so far this year, they want to make it as hard as possible for people to voyage between North Africa and Europe's southern shores.

A spokesman for the European Union Naval Force Mediterranean’s Operation Sophia said the distress call was flagged to Sea Eye, a German volunteer rescue organisation whose vessel is currently nearest to C-Star.

“As our Sea Eye cutter is closest to the C-Star, we were commissioned by MRCC Rome (the sea tributary centre for the western Mediterranean) to help the ship," he said. "The Sea Eye currently on the way to the C-Star.”

Michael Buschheuer, chairman of Sea Eye, said: "To help in distressed persons is the duty of everyone who is at sea - indifferent to their origin, skin color, religion or spirit."

As of four hours ago, the C-Star "identitarians" tweeted out that the entire saga has been "fake news" and that they are safely sailing along the Libyan coastline.

🇬🇧 One more time, fake news from pseudo-journalists have been swept away! #DefendEurope goes on! https://t.co/Fo5tHIzKP5
— Defend Europe (@Defend Europe) 1502478626.0

For our part, we sincerely hope that all those stranded at sea arrive safely at their destinations.