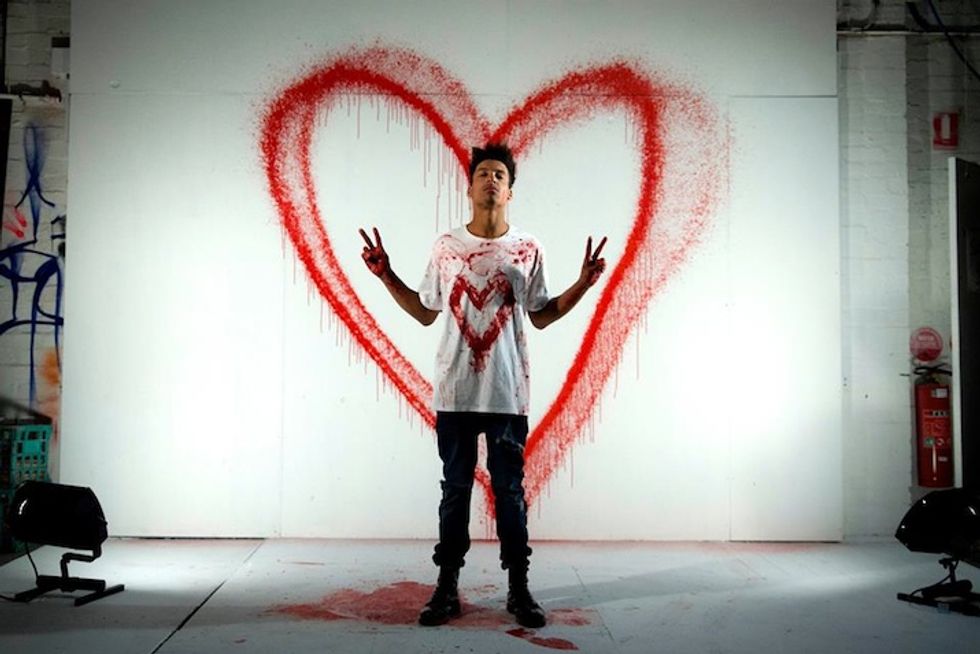 Nigerian-Australian rapper Remi tackles racism in Australia with his new music video for "Ode To Ignorance," off 'Raw X Infinity.'

Nigerian-Australian rapper Remi (Remi Kolawole) is just short of a year since the very first single off his debut album, Raw X Infinity, made its rounds. With a flurry of prestigious awards under his belt, including a Rolling Stone Australia Award for Best Independent Release, Best Independent Hip Hop Album and a Coopers AMP Prize, the 23-year-old emcee has been gearing up to release the LP in the states this month, and yesterday he shared a new video for album standout "Ode To Ignorance."

A powerful nod to hapless discrimination, the song stems from Remi's own experiences with racism. "This track is about mine and my family’s personal experience growing up and living mixed race in Australia," the rapper shared in a message announcing the new video. "It’s important for people to know that this is not targeted at any one person or any one race, it’s directed at ignorance. My hope is that it raises some awareness and starts/continues meaningful conversation about the racial climate in this country and what we can do to bring better equality." We recently caught up with Remi to talk "Ode To Ignorance" and to find out what he's been up to lately.

Shiba for Okayafrica: What exactly inspired you to write "Ode to Ignorance?" Can you tell us about your own experience with racism?

Remi: "Ode" was inspired fully by mine and my family's experience with racism in Australia. A lot of my friends have shared the same experience too. The ethnic experience here shares huge similarities wherever you go in the world, and that's why I feel it's important to keep making songs like this.

I guess the best way to find out about'em is by listening to song. Racism is all around me, from the mainstream media in Australia, to watching my pops constantly get held back in his working life for being Nigerian, to just catching a flight and watching myself, but mostly Sensible J for his complexion and beard get stopped by security every time. It's so important to speak about this stuff because it might be nothing to people who are doing this, cause some of them simply don't understand what they're doing to other races, and others who are intentionally holding other races back need to be put on blast.

OKA: Do you experience any dynamics as a person of colour in the different environments you've traveled? How is it much different, if at all, than back home in Australia?

Remi: Honestly, travelling from Australia, to say London or New York, it's amazing to see how many different races there are. Back home there's nowhere near as many black people as overseas. You actually feel like you're stared at way less. Not to say that you still don't get treated differently because of your skin tone, but you definitely don't feel like you stand out as much.

OKA: Do you feel that the world is facing a huge change in the coming days now that there's more dialogue around bigotry and ignorance?

Remi: I'm not sure about huge change, any step toward equality always seems to be in small wins, but I do hope that it opens a few more eyes. Videos like the shooting of Walter Scott and the strangulation of Mike Brown definitely mean that people can't ignore what has clearly been going on, and even back home we've had "Reclaim Australia" rallies, that are aimed at reclaiming white Australia from the imaginary threat of anyone with an ethnic background from overseas. These rallies however have brought neo-nazis out into the public eye and kind of given people a wake up call about how ignorant their view of "the other" is.

Social Media and Dialogue is important for shedding light on these injustices happening worldwide, cos it's hard to trust media sources and their agendas.

OKA: Raw x Infinity is about to drop in the states... how are you feeling about conquering a new continent?

Remi (Laughs) I don't really think we've thought about conquering shit, it's more about making our music available to another part of the globe and hopefully they feel the jams so we can explore more of the Motherland of Hip Hop.

The world seems to be getting a little smaller with the internet making music from other countries so accessible too, so hopefully that helps.

OKA: Tell us a bit about your trip to SXSW. What were some highlights? Did you manage to connect with anyone you didn't expect to see?

Remi: It was a very, very hectic week. The highlights would definitely have been jumping up on stage to drop a verse with Hiatus Kaiyote on the Okayplayer stage. It was amazing to see how much love they got from everybody there, it made me so proud of them. The other highlight I guess was sampling some serious Texas BBQ. It's definitely better then back home!

We didn't really link with anybody crazy at South By, but when we flew down to New York afterward we got to have lunch with one of our favourite musicians, Oddisee (hooked up through our friend the PSM, who is Damon Albarn and FKA Twigs' drummer. Shout-out to him!) and he was a gentleman, which is always good.

OKA: Can you tell us about some extras that will come with the Raw x Infinity deluxe edition?

Remi: Well apart from providing instrumentals for every joint on the album, we've also added a few bonus tracks that people back home haven't even heard!

There's 3 extra songs that were taken from previous Bandcamp releases that we did in the last 2 years, we still play them live, so thought it might be cool to add em in the "Deluxe Edition."