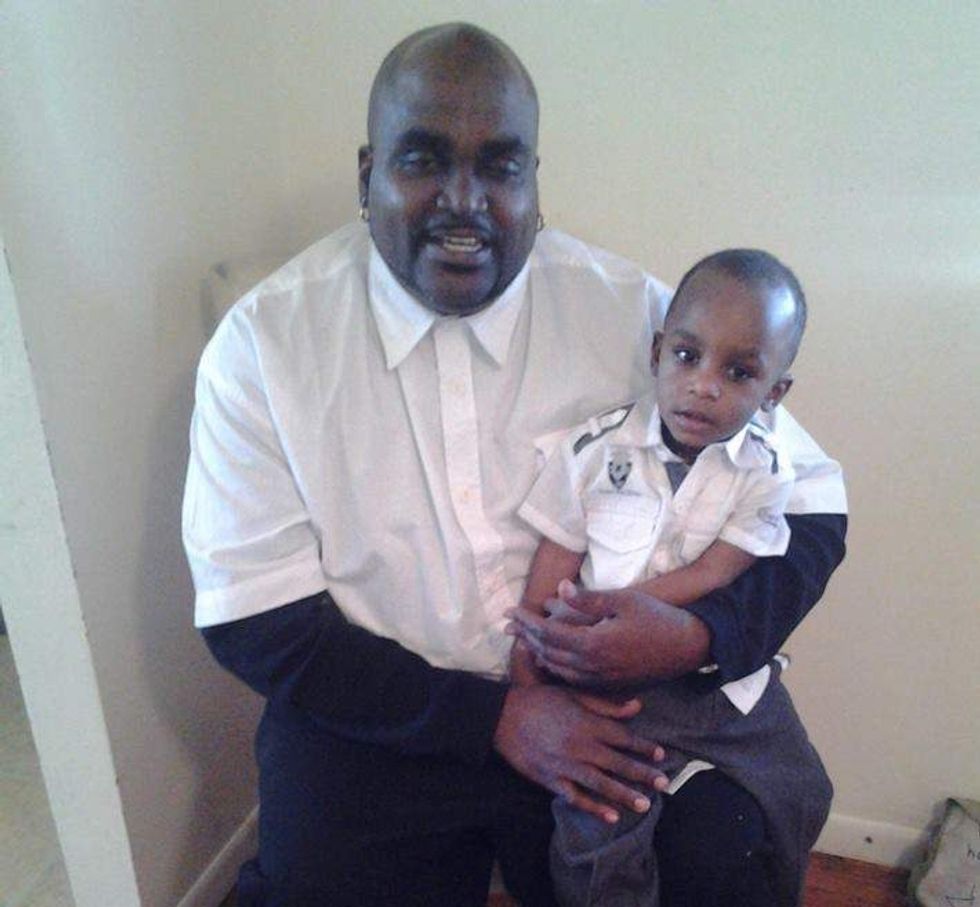 A black man in America was once again murdered by police.

His name is Terence Crutcher and he was 40-years-old and one month when he was killed, Friday. A father of four, Crutcher sang in his church choir and was returning from a music appreciation class at a Tulsa, Oklahoma college when his car stalled.

In the videos of his death we see a man alone with his hands up.

Video from the police helicopter shows a car in the middle of an empty road. As Crutcher walks toward it with his hands up the voice on the video calls him a "bad dude" and "probably on something."

It is unclear from the footage how the voices are able to make that call.

The people defending the police will say the circumstances are far from clear and they're right— clarity is elusive. But even if he was a "bad dude" or "on something"—and there's no evidence that he was—these do not give police license to murder.

San Francisco Giants quarterback Colin Kaepernick's brave refusal to stand for the national anthem at football games has been met with a deluge of commentary, much of it among the most twisted and fallacious ever uttered by political and sports pundits. We don't need to rehash it here.

Kaepernick's protest is a simple symbolic act that is having massive cultural significance. Here at Okayafrica, we kneel in solidarity with Kaepernick and with Black Lives Matter and in memory of Terence Crutcher. Rest in power Terence. May peace come to you.