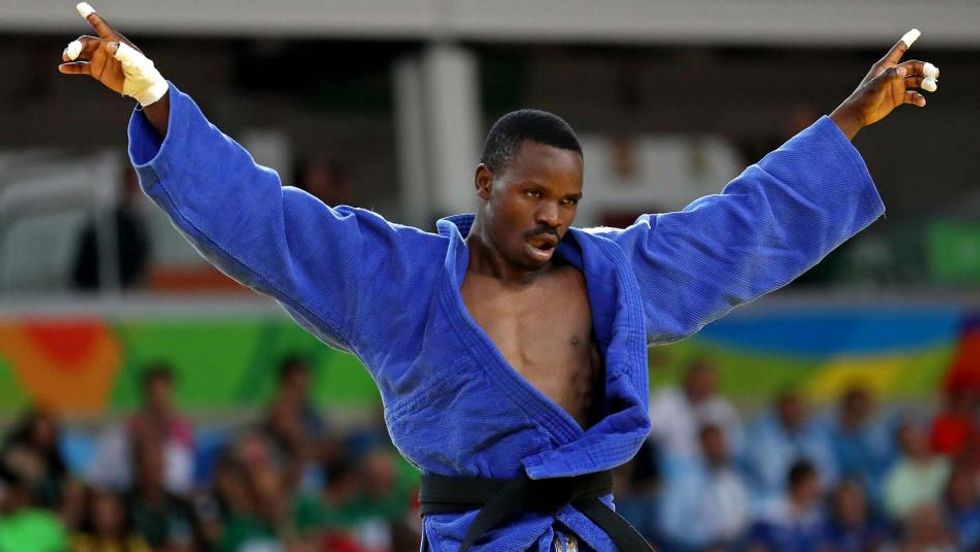 Zambian judoka Mathews Punza is putting Team Zambia on the map at the Rio 2016 Summer Olympics.

Heading into Rio 2016, Zambian judoka Mathews Punza was a long shot. Ranked 112th in the world, the 28-year-old from Lusaka was going up against the best of the best in judo. Over the weekend, Punza pulled off the unthinkable. Competing in the 66kg weight class of the round of 32 on Sunday, the first-time Olympian defeated the sixth-ranked judoka, Israel’s Golan Pollack, with a 100-0 win. Not only that, he did so REALLY quickly. The entire match took under two minutes.

Many are calling it one of the biggest upsets in Olympic history.

Unfortunately, Punza’s success was short-lived. He took his final bow in Rio later that day when Slovenia’s Adrian Gomboc beat him 101-0 in the last 16 of the competition. But regardless, Punza did has part to put Team Zambia on the map. He’s more than earned his spot in the history books.

Everyone needs family or a girlfriend/Friend/wife/partner/homie that can hold you down like Mathews Punza pic.twitter.com/ddoygfaHIR

Mathews Punza makes zambia proud at the Rio olympics. Ranked 116 against 3 in world judo. Biggest upset at these games says the commentator

Zambia with the biggest upset in this Judo Olympics!

Zambia #Judo has just beat the bronze medalist from last time. He looks like he wants to drop a mic right now and be like now what

Who else saw how Mathews Punza won the first round in Judo? Fam, I'm so proud #Zam