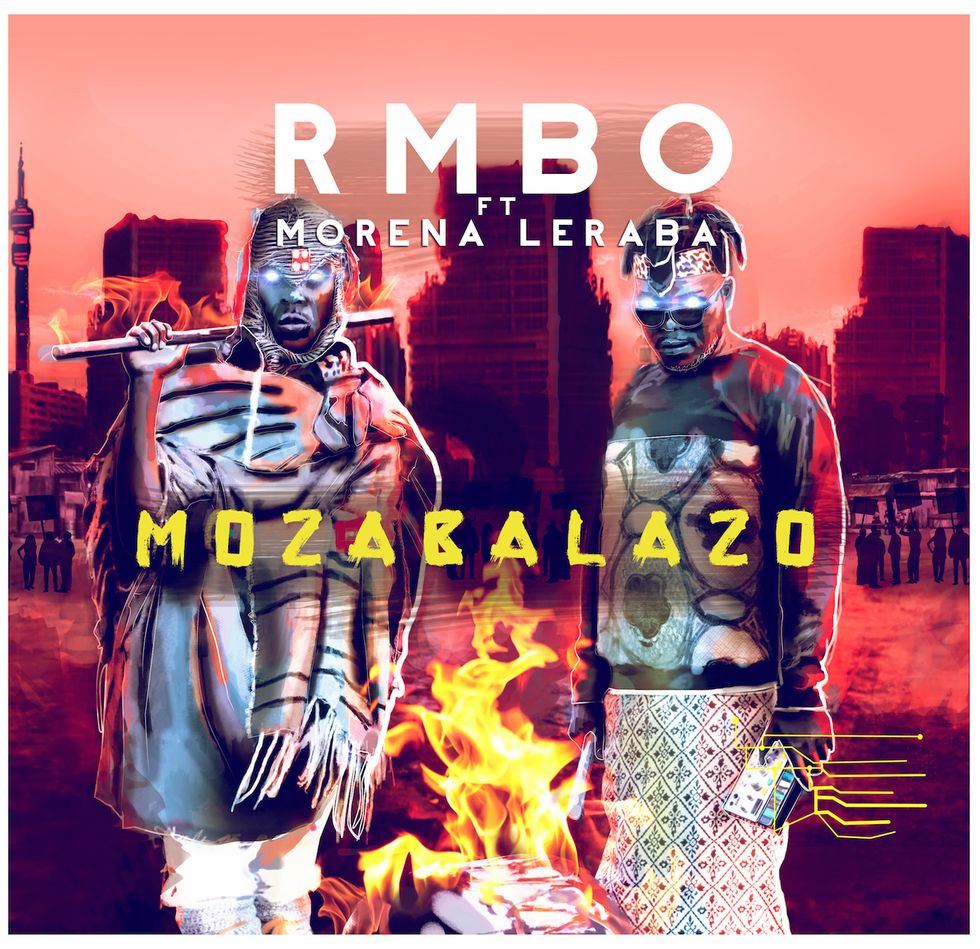 South African producer and DJ RMBO's latest song, which we are premiering here, features Lesotho's Morena Leraba, who's known for being a shepherd musician.

The song, which is titled "Mzabalazo," has a huge kwaito influence with skittering drums and buzzing synths. Leraba laces the music with matching flows to give the track more personality.

RMBO, a founding member of the rock band BLK JKS, tells us that the song started its life on a cold day in Lesotho in 2017.

"As soon as we got to Maseru I was so cold that I just started making music on my laptop," he says. "We then went to a fest called Afriski in the mountains, and, because there was no network in the snow to stream music on Apple Music, I played a playlist of beats I had done. Morena Leraba heard that beat and asked if it belonged to anyone. I said, 'nah!' He said he has lyrics for it then I said, 'cool let's do it.'"

In case, you, just like me, aren't educated enough to understand Sesotho, RMBO, breaks down the meaning of the song:

"Here, 'mzabalazo' (or 'mosabalaso' in a Sesotho tone) is a borrowed word from the South African liberation struggle and it's synonymous with rebellion/revolt or rather, a word coined originally in South Africa, toyi-toyi. The message here is simply standing up to forces of power and Morena Leraba uses the meaning to confront power/oppression he encounters in his village and when he comes to Johannesburg. Names of South African apartheid leaders are used as metaphors here."