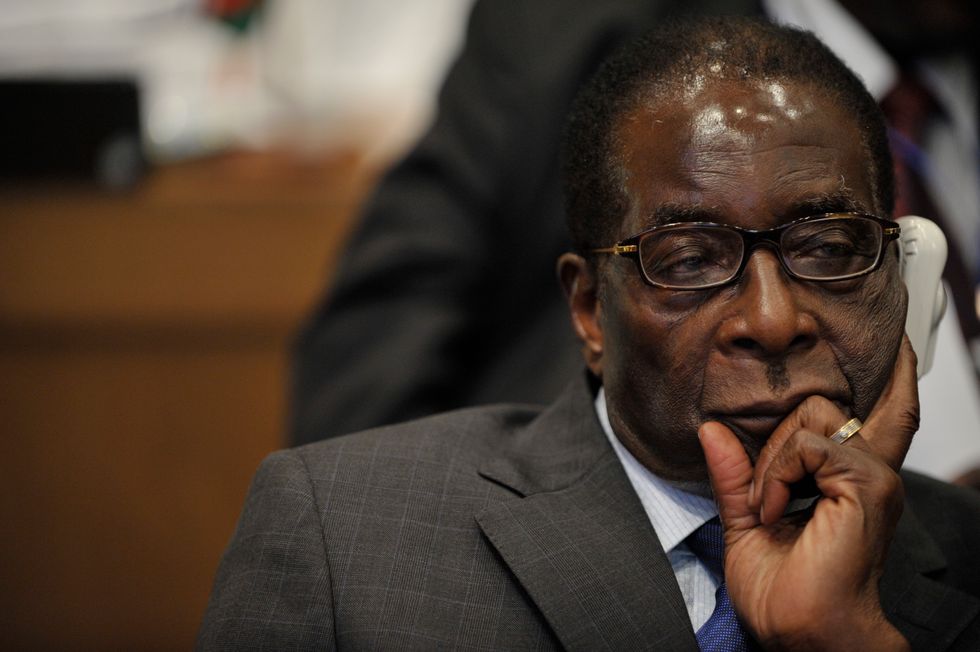 Developments within Zimbabwe's ruling party as Robert Mugabe dismisses the war veterans' grievances and threatens to punish the so-called traitors.

History, more often than not, repeats itself.

This is how Zimbabwe’s politics may best be described after 92-year-old President Robert Mugabe declared on Wednesday that he would punish former liberation war fighters in his ruling party for their ‘Mugabe must resign’ communiqué last week.

As expected, Mugabe, known for his resentment when faced with opposition and criticism, repeated utterances he made several times in his 36-year grip of power in the country. Unfortunately, as history repeats itself, each time Mugabe makes such utterances, arrests, abductions and all sorts of human rights abuses are committed.

Whilst addressing hundreds of party supporters who had thronged to show solidarity with the alienated leader at ZANU-PF headquarters in Harare on Wednesday, Mugabe declared war on opponents within his party.

“We have identified some party leaders to investigate the origins of the July 21st War Veterans communiqué, that is the authors and those who published it, but let me warn you that once we know these people they shall be punished harshly by the party,” Mugabe said whilst reminding war veterans how brutally he dealt with traitors during the war of liberation.

Those perceived to be traitors then would be kept in solitary underground bunkers and remained there until independence in 1980, Mugabe said.

Whilst Mugabe made these remarks, Spokesperson of the War Veterans Association Douglas Mahiya was arrested for allegedly crafting a treasonous document against Mugabe. Seven armed men stormed his Chitungwiza home 25 kilometers southeast of the capital and held his family hostage, a Crisis in Zimbabwe Coalition statement revealed.

“When the leopard wants to eat its young ones it accuses them of smelling like goats,” political experts in Harare said whilst describing Mugabe’s behavior.

On one hand Mugabe preached of Maoist tactics in China. The former Chinese leader is also known for having during his time brooked no opposition to his control. To consolidate his new regime in the early 50s he launched a campaign in which hundreds of thousands were executed ordering the Great Leap Forward, causing widespread food shortages and risked throwing the country into chaos.

Examples of when and how Mugabe is alleged to have brutally attacked his opponents and dissenting voices include when he unleashed some North Korean trained 5th Brigade into Midlands and Matabeleland, butchering more that 20 000 mostly Ndebele-speaking people in the early 80s. All this was done after severing relations with the late Vice President Joshua Nkomo, former ZIPRA leader.

More leaders such as Ndabaningi Sithole and MDC leader Morgan Tsvangirai suffered similar attacks when they were arrested for treason. However the country remains conscious of the 2008 abductions and murder of more than 400 opposition activists during a presidential run-off when Mugabe had embarrassingly lost to Tsvangirai. Only after SADC intervened did Mugabe accept defeat and agree to a power-sharing deal.

“The arrest of Douglas Mahiya war veterans leader is meant to send a signal to treasonous elements of the dire consequences that may befall them, so yes Mugabe has a track record of accusing his allies of treason before he deals with them,” Itai Jongwe, a South African-based political analyst said.

Although Mugabe could be harshly dealing with war veterans at the moment his main target is Vice President Emerson Mnangagwa, whose name was mentioned in the ‘communiqué’ as the best candidate to replace him.

As if setting the pace for Mnangagwa’s expulsion from the party, Mugabe allowed Mandi Chimene, leader of the Zimbabwe National Liberation War Veterans Association (ZNLWVA) faction aligned to the Generation 40 (G40) led by Grace Mugabe, to openly attack Mnangagwa calling him a divisive leader who is behind the war veterans uprising and factionalism.

“President Mugabe it is worrisome now that we seem to have two presidents in the country, we hear Emerson Mnangagwa is leader of a faction called LACOSTE and vying for presidency, he must be dealt with as he is instilled fear in the grassroots,” Chimene demanded.

“For Mandi Chimene to attack her senior like Emerson Mnangagwa in such a fashion in the presence of Mugabe, it only shows one thing that the whole meeting was rehearsed and Mnangagwa could be in trouble,” said Ruhanya.

Ironically, Mnangagwa was appointed Vice President following similar attacks on his predecessor, Joyce Mujuru, who was accused of witchcraft and plotting to topple Mugabe. Mujuru was expelled in 2014 and has since formed an opposition party called Zimbabwe People First.

Surprisingly, when Mugabe addressed the party followers he did not reprimand Chimene, an indication these developments were pre-planned and had the President’s blessings.

On one hand Mugabe urged his deputy to come clean of all the allegations.

“We don’t want to be divided, I don’t like it, but it is our duty to denounce this together, out rightly and not hesitate so that people continue to have confidence in us,” Mugabe warned Mnangagwa.

In his concluding remarks Mugabe attacked diplomats and journalists for working against him.

“Journalists tell those you are representing that Robert Mugabe is still here well and strong, so this is me and my people shall have me for yet some time and a long time” said a boastful Mugabe.

It is not a coincidence though that a number of journalists were attacked on the day and a lot more were denied access to the ZANU PF headquarters.