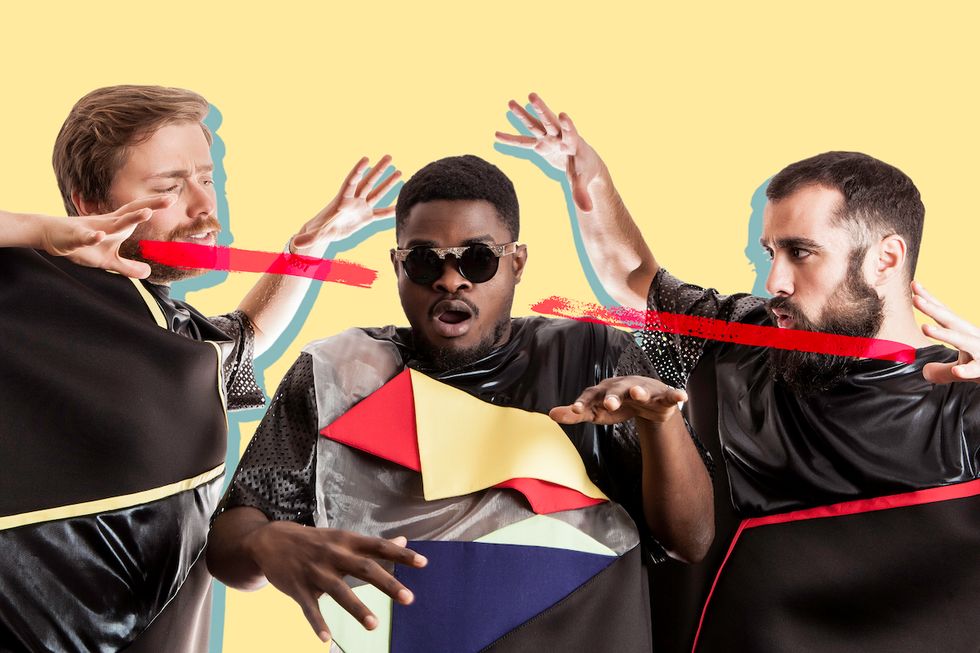 Portuguese-Angolan band Throes + The Shine perfect their high-energy blend of kuduro, rock, and electronic dance influences in a new LP.

Portuguese-Angolan collective Throes + The Shine have been perfecting their high-energy blend of kuduro, rock, rap and electronic dance influences for over 5 years now.

Their new album Wanga in many ways feels like the pinnacle of their self-coined ‘rockuduro’ sound. The 10 songs on the record bounce off the walls with their intense beats and deep synthesizer melodies.

"[We] believe in magic, and that’s why [we’re] christening the new record Wanga,” the band tells Okayafrica. “It translates as ‘spell’ in kimbundo, an Angolan dialect spoken mostly by the elderly. That’s what each song represents in this album. Spells to make you move, to make you feel joy, communion, empowerment and to allow experiences that are both new to the fans and to the band themselves.”

Stream the full album via label Discotexas’ Youtube playlist below and watch the music video for “Guerreros” above.