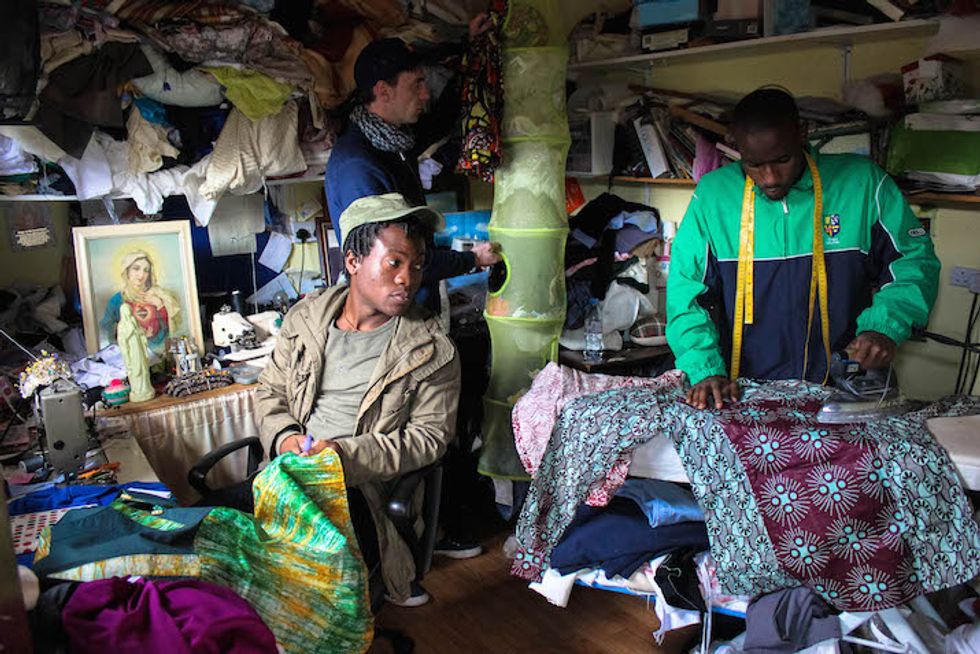 Rusangano Family is an Irish-based trio comprised of Togolese rapper MuRli, Zimbabwean MC God Knows and producer mynameisjOhn. The crew came across our radar earlier this year with “Wasteman,” a percussive single showcasing their fusion of sliced-up breaks and grime delivery.

“Heathrow,” the lead track from Rusangano Family’s upcoming album Let The Dead Bury The Dead, sees the collective exploring distorted guitar sounds on a track about the difficulties of life as a refugee.

“Tackling the controversial issue of migration, the song is an insight into the struggles of life as a refugee on a daily basis,” the Rusangano Family explain, ”and how easy it is for the wider population to draw conclusions on a subject that is far from black and white.

Stream our premiere of Rusangano Family’s “Heathrow” below. Let The Dead Bury The Dead is due early next year.