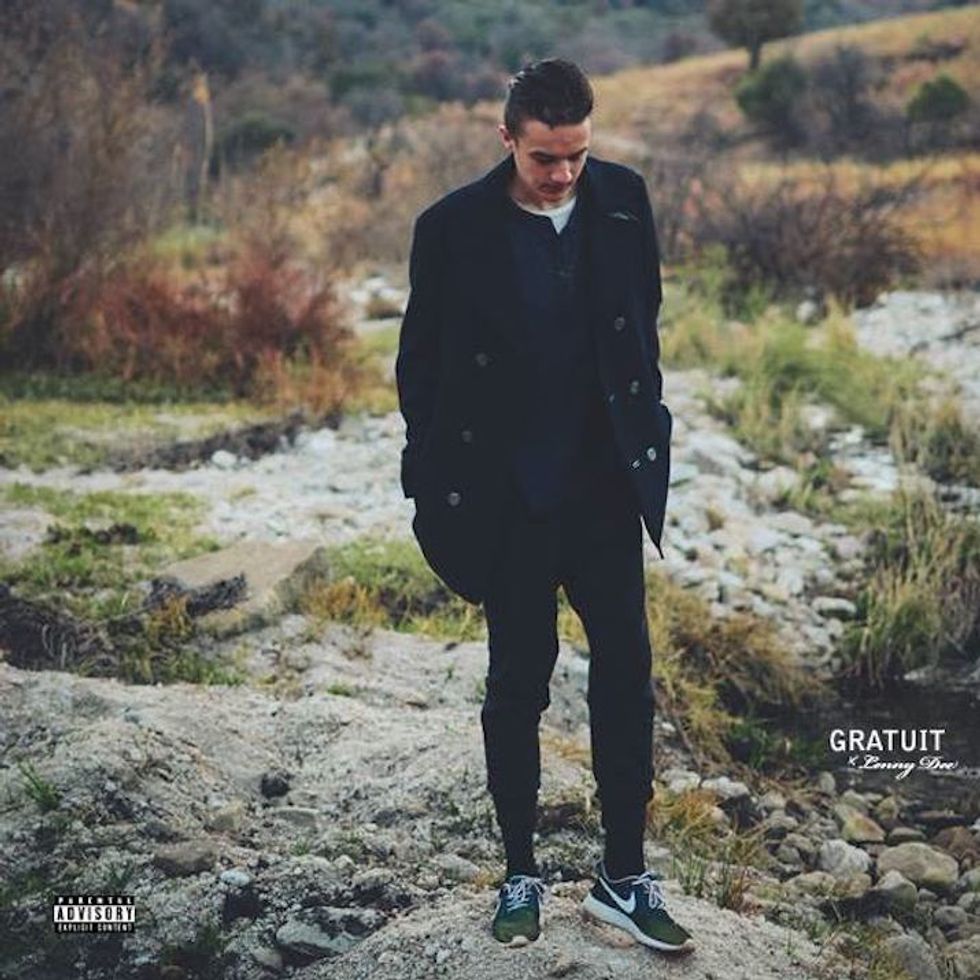 19-year-old Johannesburg-based rapper  Sam Turpin showed great promise on his debut EP Eternal Sentiment earlier this year. The third track alone, "Alexandrie (Eternal Sentiment)," displayed Turpin's exciting talents as both a lyricist and producer, his simultaneously introspective and socially conscious words playing over a darkly dalliant loop of electronic effects, nick-nack percussion, and buried female vocals. Today, Turpin releases a new song, which we premiere here today, featuring Lenny-Dee (frontwoman of SA folk band Bye Beneco) and produced by Turpin with additional arrangement by Alec Lomami. With "Gratuit," a downcast yet addicting piece of soft pianos, skipping percussion, and flying saucer-like electronics, Turpin goes deeper into himself as he examines his purpose as an artist. Speaking about the genesis behind his new song, Turpin told us:

"Creating the track, I wanted the instrumentals to sound strange and different to the stuff that I listen to, almost like a warped vinyl record is being played over some drum loops. I tried not to be conventional with the structure of it. The lyrics are mostly personal but I also comment on race and balance in general. Issues like my struggle to find purpose as an artist which I eventually deem as a cathartic release of sorts. When it was still in a working stage I played the track to Immaculate Taste's Alec Lomami and he said 'Hey, Why don't you put some vocals on that? Like some eerie type of melodies here and there' so I contacted Lenny-Dee from Bye Beneco and she liked the track and agreed to sing on it. Her vocals are amazing and I think they add to the theme of release and expression. She also brings the song into it's own niche and makes it work as a whole which I'm really grateful for!"

Listen to the "Gratuit" premiere below, and follow Turpin on twitter and soundcloud. For more, watch the short 90s cartoon-inspired clip he directed for Stellenbosch-based rapper Sipho The Gift.