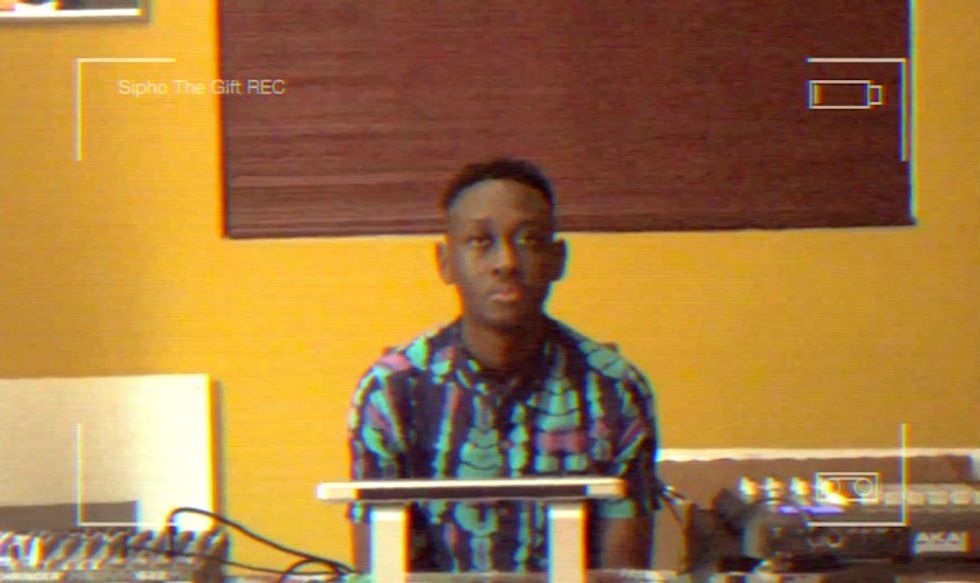 Earlier this month we premiered a Drake freestyle from rising South African rapper and Well$ collaborator Sipho The Gift. Kimberley born and Stellenbosch based, Sipho touched down on our radar by way of Kinshasa producer/rapper and Immaculate Taste founder Alec Lomami. "Bars for bars the guy has what it take to be one of the best out of SA," Alec told us. He's currently in the process of wrapping up his debut mixtape, Coming of Age, which he produced in its entirety. The project is due out in early 2015, and we now have its first official single, "Somewhere," which we're excited to premiere here today. "The song epitomizes the struggles of a young man through his right of passage," Sipho told us. "There's constant uncertainty along his path to manhood, but for much of the journey he is in constant limbo. The song is an expression of the aspirations I have, my experiences and the thoughts that led me to where I am right now." Johannesburg alt-rap newcomer Sam Turpin (who broke down his debut Eternal Sentiment EP for us back in March) directed and edited the song's VHS'd video, which like Tommy Ills and Fratpack's "Pacmanbass" takes its queues from the Fresh Prince days. The nostalgic clip plays like a Saturday morning cartoon session set to Sipho's easy breezy backpack rap. We're still waiting on the full length version of the song. In the meantime watch the "Somewhere" video directed/edited by Sam Turpin. Sipho The Gift's debut mixtape Coming of Age is due out in early 2015.

Update 9/18: A full version of "Somewhere," featuring Well$, is now available to stream and download.