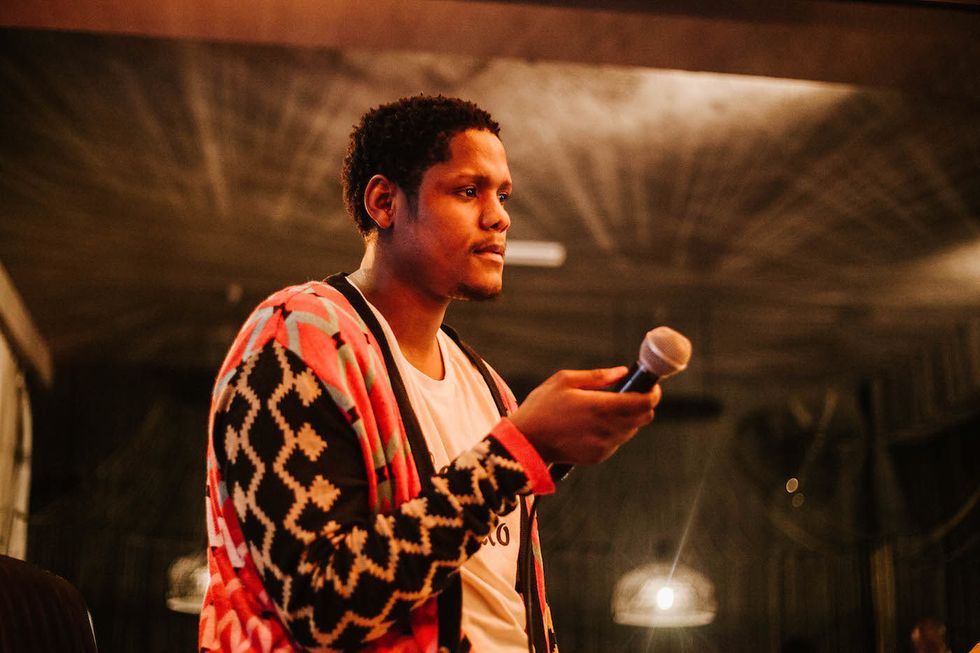 One of the most anticipated albums of the year, Isiphithiphithi by Samthing Soweto is finally here.

The artist says in the album's Apple Music liner notes:

"Apart from Maphorisa and Kabza De Small, Mlindo's the biggest artist that I have on the album. He was the only one available to actually feature, everyone else was hectically busy. I would have loved to have all the main acts, bo-Cassper Nyovest, bo-Kwesta, all those characters. They're working on their own stuff, it's hard to get them into any type of commitment. Mlindo's the only one who came through and showed love. I'll forever be grateful for that. He didn't have to. He's a young man, has the whole world eating off of the palm of his hand. He's also the catalyst that showed me that Maphorisa's a dope person to work with."

Isiphithiphithi is not as chaotic as the name states. Most of the project consists of soulful songs that are still danceable. The artist's effortless vocals float over rich production that flirts with dance music and Afro pop.

Themes explored on Isiphithiphithi include love, family, fear, parenthood and of course just living and having fun, among other themes.

Isiphithiphithi was one of the most anticipated South African albums of the year. Samthing Soweto's build-up to a debut album goes back years and includes a string of EPs, numerous guest appearances and a change of sound.