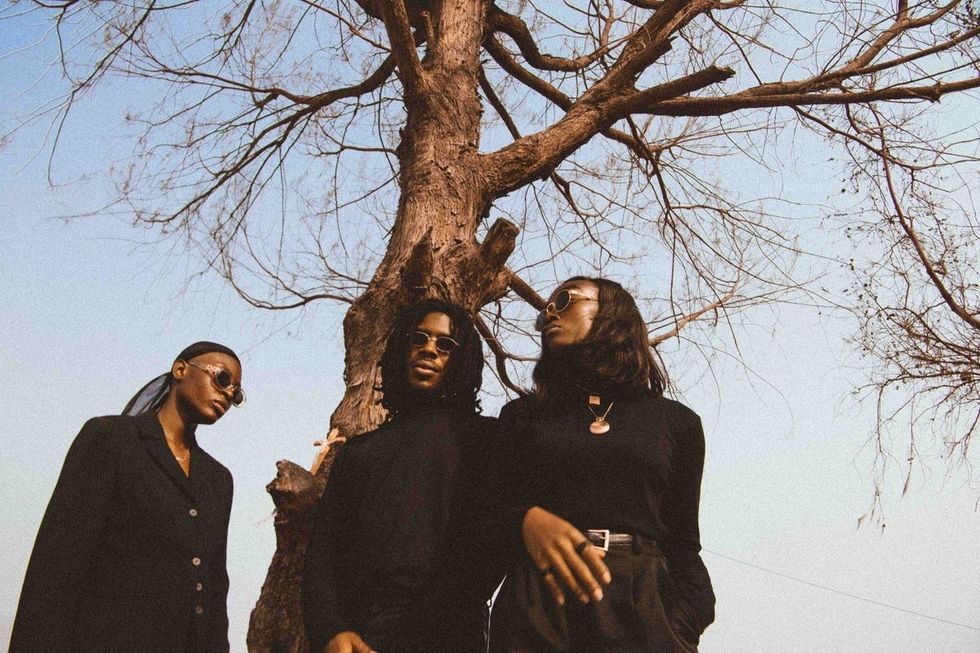 Check out the trippy new video for the Nigerian artist's latest single.

Genre-bending Nigerian artist Santi shares the music video for his latest single "Freaky," featuring Nonso Amadi and Bridge. We'd say that the track is just as "badass, laid-back and highly addictive," as the track itself.

The musician pays homage to the highly-dramatized Nollywood horror films of his childhood in the grainy, self-directed visual, in which Santi plays and exorcist looking to cast a demon out of a possessed young woman who is out to get collaborators Amadi and Bridge. Santi's version of an exorcism is far more mod than your average—him and the crew rock all black and stylish vintage frames throughout the video.

In those traditional films, the priests always shows up at the end of the movie because it symbolizes the triumph of good over evil. However in 'Freaky' the exorcist has a creepy feel to him, this was inspired by the unpredictability of Korean movies where certain exorcists aren't necessarily painted in a good image. It is a dark video that pays homage to its ancestors while telling the story of a girl who wants nothing but to destroy the souls of men"

It's definitely one of the more creative videos we've seen come out of the Naija music scene in a while. Watch the fantastical music video below. For more on Santi'ssound, revisit our 2016 interview with the artist about helping usher in Nigeria's new wave.