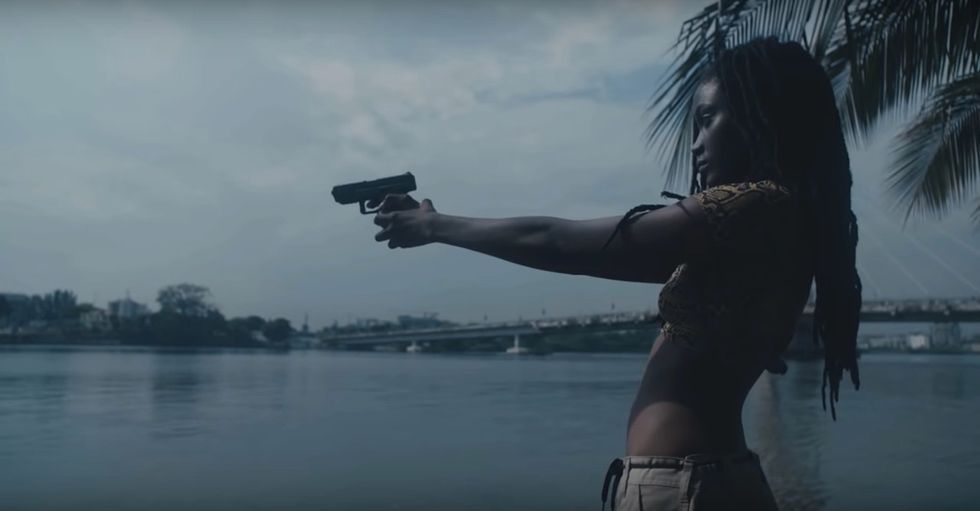 A dark & beautiful look into death, grief, and violence for the Nigerian artist's latest single.

Santi's on a bit of a roll, following-up the success of "Rapid Fire" with his new single "Sparky," which dropped a few weeks ago.

The hazy and addictive new track, which was produced by Odunsi The Engine and Le Mav, now gets the visual treatment in the form of a striking, self-directed music video.

The new video for "Sparky" cycles through the loss of someone and the many emotions that come from it: anger, despair, grief and ultimately, in this video, violence.

"'Sparky' is a film about consequences and the minds of different people and how small events lead to unexpected results," Santi tells Crack Magazine.

"I wanted to do more storytelling in visuals because it's an important medium in which we can bring out various emotions in people. It was also key that we show everyone's creative ability. From the cast to the styling, to the cinematographers, everyone came together and brought their own essence into it, and that is the beauty of 'Sparky.'"