'Sarafina!' is Screening in Cinemas Across South Africa for Youth Day 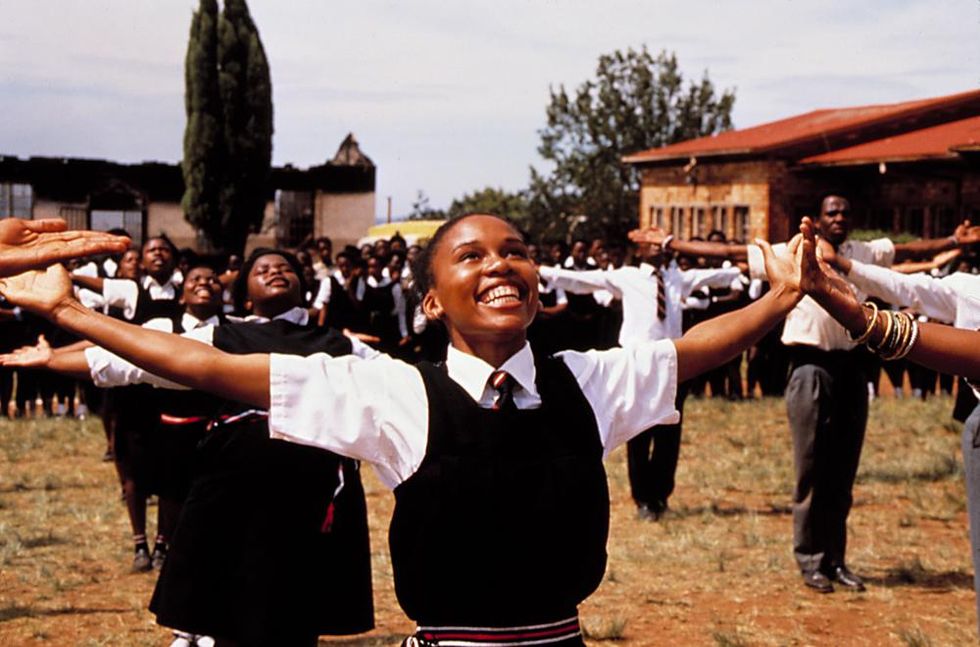 Here’s how you can see the 1992 film ‘Sarafina!’ in South Africa this Youth Day.

Thursday marks the 40th anniversary of the Soweto Uprising of 1976––four decades since tens of thousands of black students gathered to protest the apartheid government’s decision to impose Afrikaans as the main language of instruction in their schools, and four decades since the apartheid police responded by opening fired on the crowd of protesting students.

Movie theatres across South Africa are commemorating Youth Day this year with free public screenings of Sarafina!. Set in Soweto, the 1992 drama tells the story of a group of teenaged students, led by Sarafina (Leleti Khumalo), in the days of the Soweto Uprising. Whoopi Goldberg plays their revolutionary teacher, Mary Masombuka. Miriam Makeba also stars as Sarafina’s mother. Directed by Darrell Roodt, the film is an adaptation of a musical of the same name by South African playwright Mbongeni Ngema.

Videovision Entertainment, United International Pictures, Ster-Kinekor, Nu Metro, Times Media and e.tv are collaborating to host free screenings of Sarafina! this Thursday at noon. Tickets are available on a first-come, first-served basis at participating cinemas beginning at 9.30am on 16 June. According to an announcement on Videovision, the screenings will take place in the following locations across South Africa:

In addition to the theatrical screenings, e.tv is scheduled to air Sarafina! at 8:30pm on 16 June, with a repeated broadcast on e.tv at 00:15AM that same day and on eMovies+ on Saturday, 18 June at 6PM.