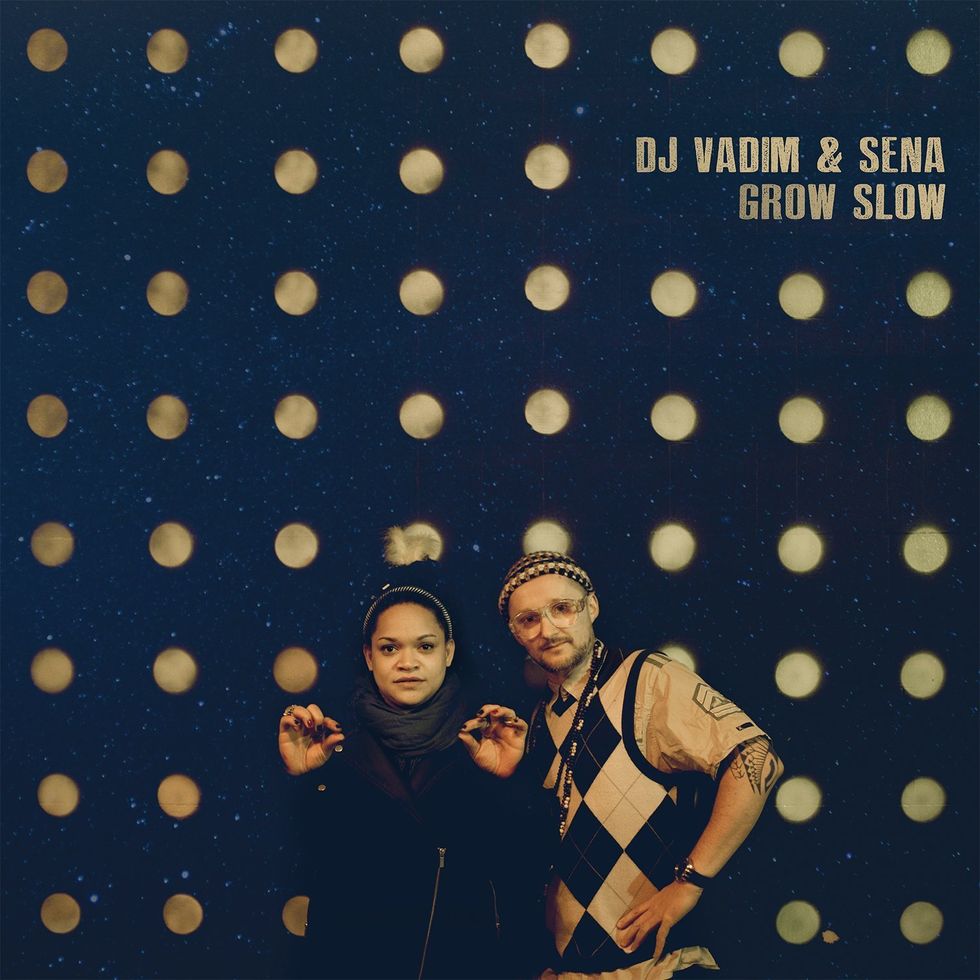 Ghanaian-Hungarian rapper Sena Dagadu and Russia-to-East London based producer DJ Vadim, have dropped the electro-soul Jamaican-influenced collab project Grow Slow. Their latest single "How Fast It Grows" is a funky low tempo hip-hop song carried by Sena's impressive lyricism. "These days the youth indeed slowly still unravel the truth. Fighting against is no use lets not confuse cause the struggle is profuse," she raps over DJ Vadim's beat.

The unlikely duo met while attending a festival in Budapest back in 2005 while DJ Vadim was working on his album The Soundcatcher.  They first collaborated in 2007 for that same LP, producing the sensual lo-fi track "Talk To Me."

DJ Vadim wrote to Okayafrica via e-mail about the influences behind "How Fast It Grows," “Obviously working with an artist as spiritually rooted as Sena brings more of those African vibes to the music I make, as we influence each other constantly. It's clear from her lyrics, sense of rhythm and her delivery that her Ghanaian history is a huge part of who she is as an artist, but in this track particularly that deep ancestry reveals itself strongly. There's a subtle African influence in the arrangement of the track too, from those clean guitar licks through to the gradual (if subtle) horn crescendo at the back end of the track (I learned that trick from Fela himself)”

Grow Slow will be released June 15 2015 via BBE Records, you can pre-order the album now. Stream our premiere of "How Fast It Grows," a Grow Slow bonus track, below.