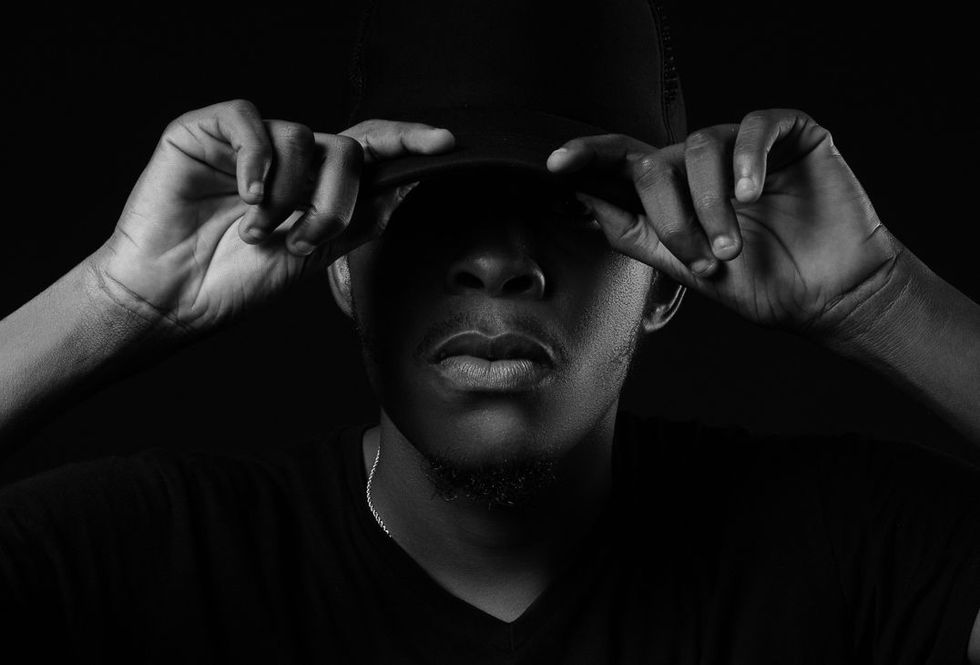 We talk to in-demand producer Sess The Problem Kid about his first instrumental mixtape, 'PRBLM,' which you can download here for free.

In-demand producer Sess The Problem Kid is releasing his first instrumental mixtape, 'PRBLM,' for free and we've got the exclusive for you.

In an interview with OkayAfrica, the producer talks to contributor Sabo Kpade about his new project, the process behind his beat making, being Falz' go-to producer and his work Falz’ joint EP with Simi.

Speaking to us from Lagos having just returned from what seemed like a much needed holiday after a very busy year for him, Sess is in good spirits, consistently engaging and excited to start the year by dropping 'PRBLM Instrumental Mixtape.'

I have a home studio and another one away from the house called Studio Cadenza here in Lagos. It used to be the Bahd Guys official studio but we did some business and it's now mine. If I'm home I'm mostly in my studio, if I'm not at home at mostly in Studio Cadenza.

Why a free mixtape?

Upcoming artists need material to work on, so the idea is to give them something to vibe to, an opportunity to create and I felt like this is the right time to bring it out, especially for those who can't pay for it.

I'm saying, "this is a Sess beat, go HAM on it." We're all going to be rich so this is not about money.

Why are all the beats on the tape named after the elements?

I see the mixtape as a living thing, as an idea I birthed. The elements define life.

None of these free beats have the 'Sess The Problem Kid' tag on them. Why is that?

I cannot give away my tag. It'll cost too much. At the same time I don't want to put a tag that will influence who ever wants to use it on how to approach a song. It's a plain canvas, artists can go out there and do whatever they want to do with it.

What production software do you use?

Everything is the same, only the mechanism is different. A compressor on FL is the same as the one on Logic, as long as you know what you're doing and what you're trying to achieve. I've been using FL all my life.

I remember reading a Teju Cole interview, in which he talked about how people would come up to him and ask what the best camera is to use for photography. He would always tell them “the one you have.”

Yes, the one you have. I know people who have made sick beats using pretty basic tools.

For how long have you been making beats?

Can you remember the first best you made?

It was so dead. It was so terrible. But this has been a life time journey for me. I'm not just trying to make big records and bounce. I try to be the best producer I can be at every point in time. Right now, my melodies are changing, my sound is changing.

What was the first beat you sold?

I can't remember what it sounded like but I remember how it was sold. I was playing beats for friends just having fun. One friend liked one and I jokingly said, “guy, buy this beat” and he did for 2,500 Naira, I cannot forget that price. I used the money to buy chow. I was so happy.

One Working With Falz

It's a strong personal feeling of mine that Nas would have made better music through his career if he had a producer with whom he jelled the way Sess and Falz do. It's not necessary, but it always enhances. Jay Z had Just Blaze and Kanye West as backroom staff and that, in no small part, contributed to the fact the music he made with those two since the early 2000s is some of the best he's ever made.

How did you link up with Falz?

Through Toby, my manager. I came down to Lagos from Kwara, we vibed and took it from there.

You two match so well and it all happened through a simple introduction.

A lot of producers go through their careers never finding that one artist.

Is it necessary to have one?

No, but it is a blessing to have someone with whom you know you're always going to make magic. It's good because you grow together, you develop together.

What if your individual tastes and interests change?

You can work around that by trying to understand each other's direction. You can saying to your partner that your sound has changed. Where is it going to? What are you trying to achieve? And then try to see if you can sync with it.

Is that how you work with Falz?

Yes. You can always have constructive discussions.

How did “Wehdon Sir” come about?

The phrase “wehdon sir” is an inside-slang we've had in the Badguy crew for about a year now. People outside the circle heard it and like, so we thought we'd make a song about it but we also wanted to make it about something satiric as the phrase is meant to be sarcastic.

Your beats for Falz are always complimentary, unlike other partnerships where the beat is a third character.

Working with Falz is easy because he knows what he wants. If I'm working on a beat and Falz says he doesn't like an instrument in it, I take it out. Even if I'm like “yo, this sound is dope,” I still take it out because at the end of the day it's about Falz.

You're his Jason Kidd then.

Exactly. You have to compliment the artist.

On Working With Falz and Simi on Chemistry EP

The entirety of Falz and Simi’s joint EP was produced by Sess, whose production is never showy and always in harmony with the material on the songs.

Save for his signature tag, Sess doesn't yet have a signature style that makes beats immediately recognisable as his. He is the producer with whom you create a sound, not the type who couldn't help his proclivities.

He tells of the many times he's been asked why he didn't use his “Sess the Problem Kid” tag on the entirety of Chemistry, to which he answers, “I did that on purpose. It's about the chemistry between Falz and Simi. My beats were just a vessel”.

Are you happy with how well the EP has done so far?

Yeah, I'm very proud of it. It was very tasking. I'm used to working with Falz but not Simi, who is a singer, writer and music producer in her own right. She mixed and mastered the album.

She's dope. Trust me. The problem was in streamlining both Falz and Simi’s tastes. If I make a beat, one might like it, the other might not. I worked on so many beats before we decided on the the seven that made it to the EP. It was very tasking.

She's an amazing songwriter. She'll never settle for less. Simi will only do what she wants to do. I like that, people that push me, people that make me better.

How many songs did you record in total?

We finished twelve but there were many that were either abandoned or set aside.

Any plans for them?

Not right now. If either Falz or Simi want to do something with them, then yes but nothing for now. They probably might never see the light of day.

Sess. Image courtesy of the artist.

Which producers do you rate?

Sarz. I always say I'm a Sarz-geek. When I heard “Beat of Life” featuring Wizkid I almost gave up production. That beat changed my life. I like Kanye too and Pharrell, Timbaland. Timbaland will go into a studio and create his own snare.

What do you call the sound? Is it house?

It is Afro-EDM, and he did that years ago before it became a wave.

Is he signed? What is he doing?

I won't tell Don Jazzy you didn't mention his name.

Don Jazzy is a major player in the development of Nigerian music as a whole. He created one of the biggest artist we've had in Nigeria’s history.